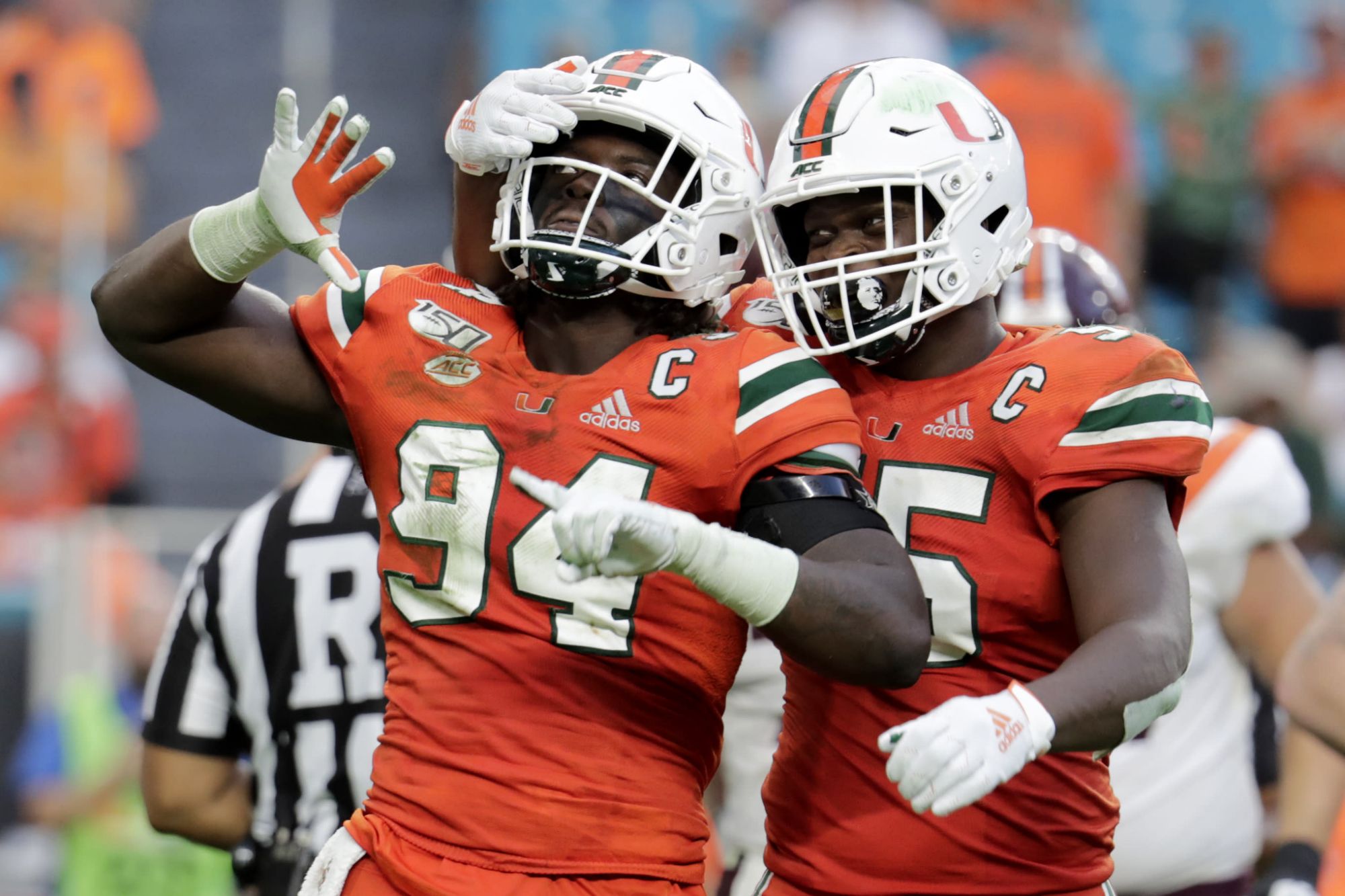 The Falcons haven’t had a pass rush since John Abraham retired, and adding Jaelan Phillips would help bring one back. Phillips could play as a 3-4 outside linebacker and sub-package pass rusher all over the formation to give different attack angles to the quarterback. The former Miami and UCLA pass-rushing specialist has all the tools to make an impact in the NFL.

When building a pass rusher in a lab, Jaelan Phillips is almost the ideal guy. A 6-foot-5, 260-pounds with 4.55 speed, excellent overall agility and an insanely long wingspan. Philips’ wicked first step is the key to his game, and the explosion that he has off the line is useful in both run and pass sets. With the length and athleticism he has, Phillips is a great run defender and one of the best pass rushers in the draft. His hand usage is excellent as a whole, and with multiple counters at his disposal, he’s able to counter off of his speed rush and bull rush effectively. Teams will love how he’s able to put it all together despite just one year of production. Phillips has great versatility in scheme and alignment. He can align as an outside linebacker or on the line with his hand in the dirt and get after the quarterback. He’s able to play in the 3-4 or the 4-3 as his best attribute may be his football intelligence. He’s able to key on run-pass or what the best move would be to create pressure on a quarterback, pre-snap in most cases.

Phillips is about as complete a prospect can be. However, hand placement and refinement in his hand technique could be useful for him at the next level. He also isn’t very good in coverage right now and could be better off in a role where he doesn’t drop back but 20-25 snaps a year. Teams will also have worry about his extensive injury history.

While not a captain for the Hurricanes or Bruins, Phillips has exceptional effort on the field and off. He’s a gym rat who worked hard to come back from rehab and a redshirt season to come back stronger. The Falcons will see someone who can fit right into the locker room, who works hard and can follow the leadership in place.

Athletically, Phillips and Kearse might as well be clones. Kearse was a beast of a pass rusher who could blitz off the edge standing or with his hand in the dirt. His amazing pass rush combined with enough run defense to stay on the field made him a legend in the eyes of many. Kearse was a fringe Hall of Fame player until injuries caught up with him.

How would Phillips fit into the Falcons’ plans?

Atlanta would likely be best trading down to around No. 9 overall and picking up a future first-round pick as part of the move would be ideal. Phillips will end up going much higher than the current projections after his ridiculously good pro day showing. He’d instantly start for Atlanta off the edge and bring the best raw pass-rush ability since Abraham.