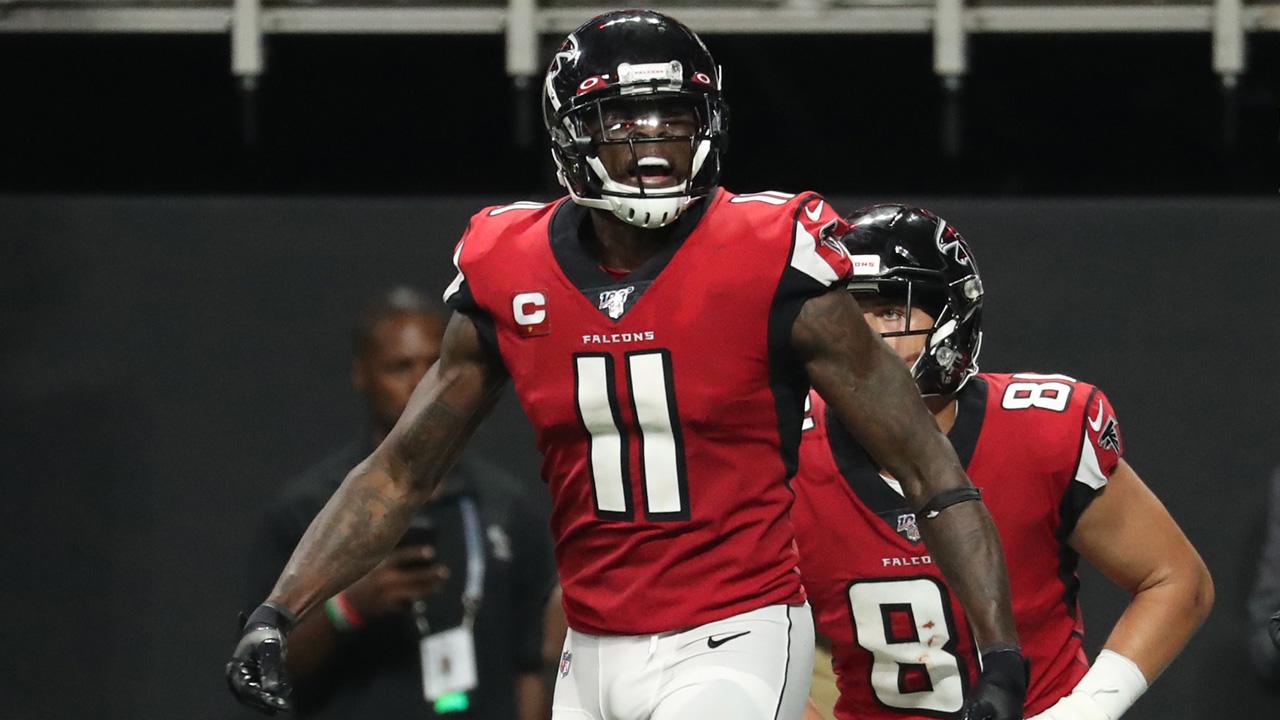 Julio Jones‘ time as an Atlanta Falcons appears to be coming to an end, and the star receiver could be traded in the near future.

ESPN’s Dianna Russini reported Thursday, citing sources, that the Falcons have heard a number of offers for the 32-year-old, including a future first-round pick, and there is a sense that a trade could happen shortly after the June 1 deadline.

The 49ers have been seen as a possible trade destination for Jones due to coach Kyle Shanahan’s affinity for Jones. Shanahan was Jones’ offensive coordinator when the two were in Atlanta in 2016.

“If there’s a Julio Jones available and you have the opportunity to get him, you go get him,” Shanahan said leading up to the 2018 draft. “It’s worth it. Whatever the price is, whatever the draft pick is, go get him.”

Reports have suggested that the Falcons would like to get a first-round pick back for Jones. The 49ers just traded away their 2022 and 2023 first-round picks to move up to draft Trey Lance.

The 49ers could potentially offer the Falcons their 2022 second-round pick and a second or third-round pick in 2023, but if the Falcons have discussed or been offered a first-round pick then that offer likely would be more enticing.

There’s also the issue of Jones’ salary. The 49ers will have around $11 million in cap space once they sign their entire draft class. Jones’ base salary is $15.3 million, which would require the 49ers to either do some cap gymnastics to fit him in or ask the Falcons to absorb say, $5 million of the $15 million, to accommodate the trade.

This deal is all about the Falcons clearing cap space, so that’s probably a non-starter unless the 49ers sweeten the deal more. The 49ers could look to restructure Jimmy Garoppolo’s contract, but that would make the dead money hit worse when they do eventually move on from him. There is the possibility they could restructure Arik Armstead of Jimmie Ward’s contracts to both take on Jones and free up money for Fred Warner’s upcoming extension, but the cap situation could get hairy quick.

It’s easy to see why the 49ers would be seen as a trade destination for Jones, but there are quite a few hurdles to making the deal work.

RELATED: Is Julio trade worth cost for 49ers?

The Falcons also could restructure Grady Jarrett’s contract in order to keep Jones for one more season, but the two-time All-Pro did tell FOX Sports’ Shannon Sharpe he was “out of there,” when asked about staying in Atlanta.

There are a few contenders with the cap space to acquire Jones, including the New England Patriots, Los Angeles Chargers and Indianapolis Colts. The Baltimore Ravens could be interested but would likely need the Falcons to eat some money. The Tennessee Titans players have been openly recruiting Jones, but that deal seems unlikely at this point.

Shanahan and general manager John Lynch have repeatedly said they are always looking to improve the roster. There’s no doubt Jones would upgrade the receiving corps, but, as of right now, there is nothing to signal a Jones-49ers trade is on the horizon.