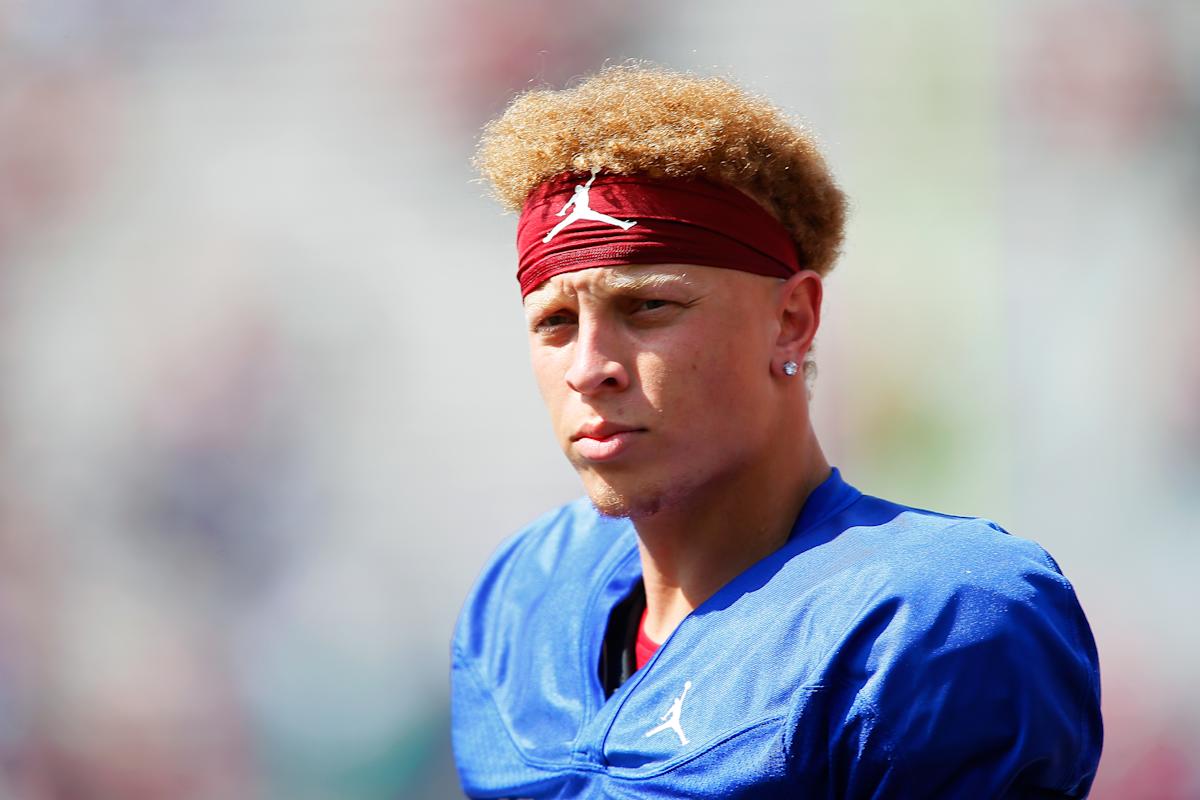 Every week during the 2021 NFL season, we’re going to — just being honest here — overreact to what we’ve seen on the field for a different NFL team and begin projecting NFL draft prospects at positions of concerning need.

Think of it as a mini one-team mock draft, with early (Rounds 1-2), middle (Rounds 3-4) and late (Rounds 5-7) prospects at each team’s respective position of concern.

This week’s NFL draft makeover is the Atlanta Falcons. After a disastrous Week 1, what are the Falcons’ biggest long-term concerns?

For a team coming off a 4-12 season, the Falcons somehow managed to lower the bar in their 2021 season opener.

They were outscored by 26 points, the team’s most-lopsided loss since Week 10 of 2019. They allowed the Philadelphia Eagles — one of the worst passing games in the league last season — to throw the ball all over the lot.

The Falcons committed 12 penalties in the game. Their longest gain, on 64 offensive plays, was 18 yards. The last time they cross midfield in the 32-6 shellacking was with more than nine minutes remaining in the second quarter. At home, no less.

No other way to say it: Arthur Smith’s head-coaching debut was nothing short of a train wreck.

Even for a notoriously slow-starting team in recent seasons — the Falcons are now 2-11 in Weeks 1 through 4 since 2018 — this was pretty unforgettable. They have holes all over the place and only so many fingers to plug them until the offseason.

With that in mind, knowing that the Falcons’ rebuild likely remains a work in progress, let’s take a big-picture look at how the Falcons’ draft landscape might stand in the very early going.

The Falcons bypassed quarterbacks Justin Fields (a Georgia native) and Mac Jones in Round 1 last year, opting to take tight end Kyle Pitts (whom we loved then and still love now, despite a quiet Week 1).

The thinking made sense on some level. QB Matt Ryan, despite being on the back nine of his career, remained tethered to Atlanta’s salary cap with some massive dead-money figures. Drafting a quarterback almost certainly would have meant a rookie redshirt.

Plus, Pitts was considered one of the more special TE prospects to come along in years. He doesn’t turn 21 years old until October and could flourish into a mega-star in time, especially under Smith, a former tight ends coach who featured that position as a play caller with the Titans.

Ryan’s deal includes more than $40 million in dead money next year, too. But moving on from him after next June 1 could allow the Falcons to split the hit over two years and recoup nearly dollar-for-dollar cap relief for 2022. If the Falcons tank again, he easily could be traded to a contender wanting to bring in Ryan for the twilight of his career at age 37 and 38 next season.

The Falcons might not get many cracks at taking a quarterback up high again, and they have the ammo to possibly ensure they’re in range to draft a QB whom they view as a future franchise cornerstone. They have an additional second-round pick in 2022, plus all of their own selections in Rounds 1 through 6, for GM Terry Fontenot to play with.

Why Rattler? Well for one, he’s still in the mix to be one of the first quarterbacks selected in 2022 despite his up-and-down showing in the opening win over Tulane. Rattler has a few things that would appear to work well with a Smith-run offense: the arm talent to attack vertically, the athleticism to move the pockett and play-action proficiency.

It’s not hard to envision Rattler rolling out and stressing defenses with his legs and arm. He was deadly on deep throws and on play action in 2020 and could be a monster on the turf while defenses are already dealing with Pitts, Calvin Ridley and others.

Could we see USC’s Sam Howell, Nevada’s Carson Strong, Ole Miss’ Matt Corral, Liberty’s Mallik Willis and others being system fits in Atlanta? Absolutely. But Rattler’s high ceiling might be hard to overlook if he’s within striking range for the Falcons.

The Falcons went heavy on defense in Fontenot’s first draft this spring after the Pitts selection but weren’t able to land an impact pass rusher in the group. (Fifth-rounder Adetokunbo Ogundeji could develop into a solid rotational player, however.)

If Atlanta can’t snag an impact front-seven defender in Round 1 or 2, we suspect they shouldn’t wait too much longer to find one. The Falcons haven’t had a pass rusher with double-digit sacks since 2016. They’ve relied too long on Grady Jarrett supplying interior pressure without much help. That needs to change.

The 6-4, 258-pound Mafe is a terrific athletic specimen for his size, and he might rise as a possible NFL combine standout. His strength and explosiveness are sure to open some eyes during the testing portion of that week.

On the field, Mafe has developed gradually. He averaged around 45 snaps per game a year ago, primarily rushing the passer but also dropping into coverage on occasion and holding up well vs. the run. Mafe’s disruptiveness in 2020 can’t go overlooked, even if he’s not yet a complete player and requires some technical refinement.

He made a few truly eye-opening plays last season. The first was an instinctive tipped pass against Maryland that teammate D’Angelo Carter intercepted, and Mafe helped escort him on the return with some nice blocking. Mafe also chased down then-Nebraska RB Wan’Dale Robinson, who has run in the 4.3-second range in the 40-yard dash, from behind some 45 yards downfield.

Mafe has been solid in two games this season, even while being a bit quiet statistically. We believe he’ll get cranked up soon, perhaps as early as Saturday’s matchup against Colorado. Right now, he’s viewed as a third- or fourth-round prospect, but he has the potential to rise.

The Falcons appear to favor some size in their 3-4 outside rushers, considering who they have playing those spots now. Mafe has that, the quickness and the length to be an upgrade down the road over their current offerings.

The Falcons will want to try to add some playmaking ability in the backfield, too. By this stage of the draft, there could be some worthy talents available to complement rumbler Mike Davis (if he’s in the picture in 2022).

Brown would be a good match with Smith’s offense considering he’s run a lot of the same outside zone plays that Smith called in Tennessee the past few years and now in Atlanta.

With solid size (6-foot, 214 pounds), Brown is an aggressive, downhill runner with burst. What he lacks in home-run speed (estimated in the 4.6 range), Brown makes up for with the ability to churn through contact and squirt out of tackle attempts.

He’s also a capable receiver, hauling in 56 passes (on 71 targets) for 441 yards and five scores since his freshman season, dropping only four passes in that span. He’s by no means a breakaway option as a receiver but has soft, reliable hands and also has improved as a pass blocker.

If the Falcons can’t land a back sooner, there could be some decent Day 3 values. Brown has been a bit overlooked early in the 2022 NFL draft process, but he’s a productive, complementary back worth keeping an eye on.