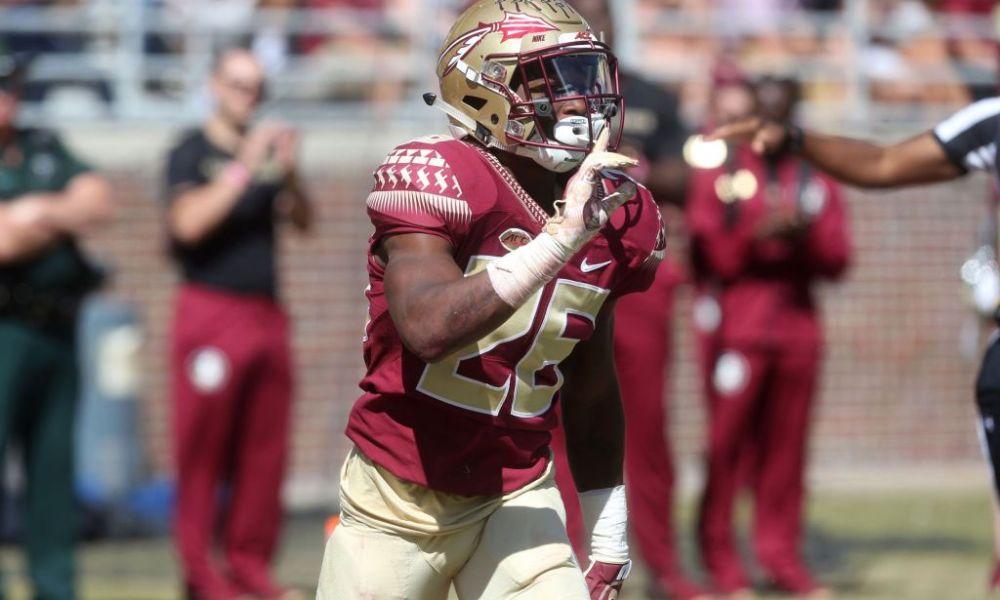 Up next is Florida State cornerback Asante Samuel Jr.:

– Play excellent zone coverage. He does a great job of processing the action in front of him and reading the quarterback’s eyes to get himself into favorable coverage position

– Has the fluidity, footwork and route recognition to stay connected to receivers in man coverage

– Make plays on the ball. He broke up 29 passes and intercepted four in three seasons at Florida State

– Willing tackler, although a little inconsistent

– Doesn’t have the size, length or strength you’d want for press-man coverage. Can get pushed around in the run game and in coverage at times

Samuel looks like a plug-and-play starter in a zone-heavy scheme, which is exactly what the Packers are expected to run under new defensive coordinator Joe Barry. For the new scheme, he should be an immediate upgrade as the No. 2 cornerback opposite Jaire Alexander.

Asante Samuel Sr. It may seem like a lazy comparison on the surface, but their athletic profiles are strikingly similar and their skill sets bear some resemblance, too. Both Jr. and Sr. are/were undersized ball-hawking cornerbacks with great instincts and relatively average explosiveness at their size.

If the Packers want Samuel, they’d probably have to take him at No. 29, trade down, or trade up from their second-round draft slot. He’s widely expected to be a top-50 pick.

The fit makes sense from a need and scheme translation standpoint, although Samuel seemingly falls short of the Packers’ desired cornerback measurables. At 5-10, 180 lbs. with a sub-8.0 RAS, he doesn’t have the size or athleticism they typically covet at that position. It’s possible they’d make an exception to address one of their biggest roster needs, however.