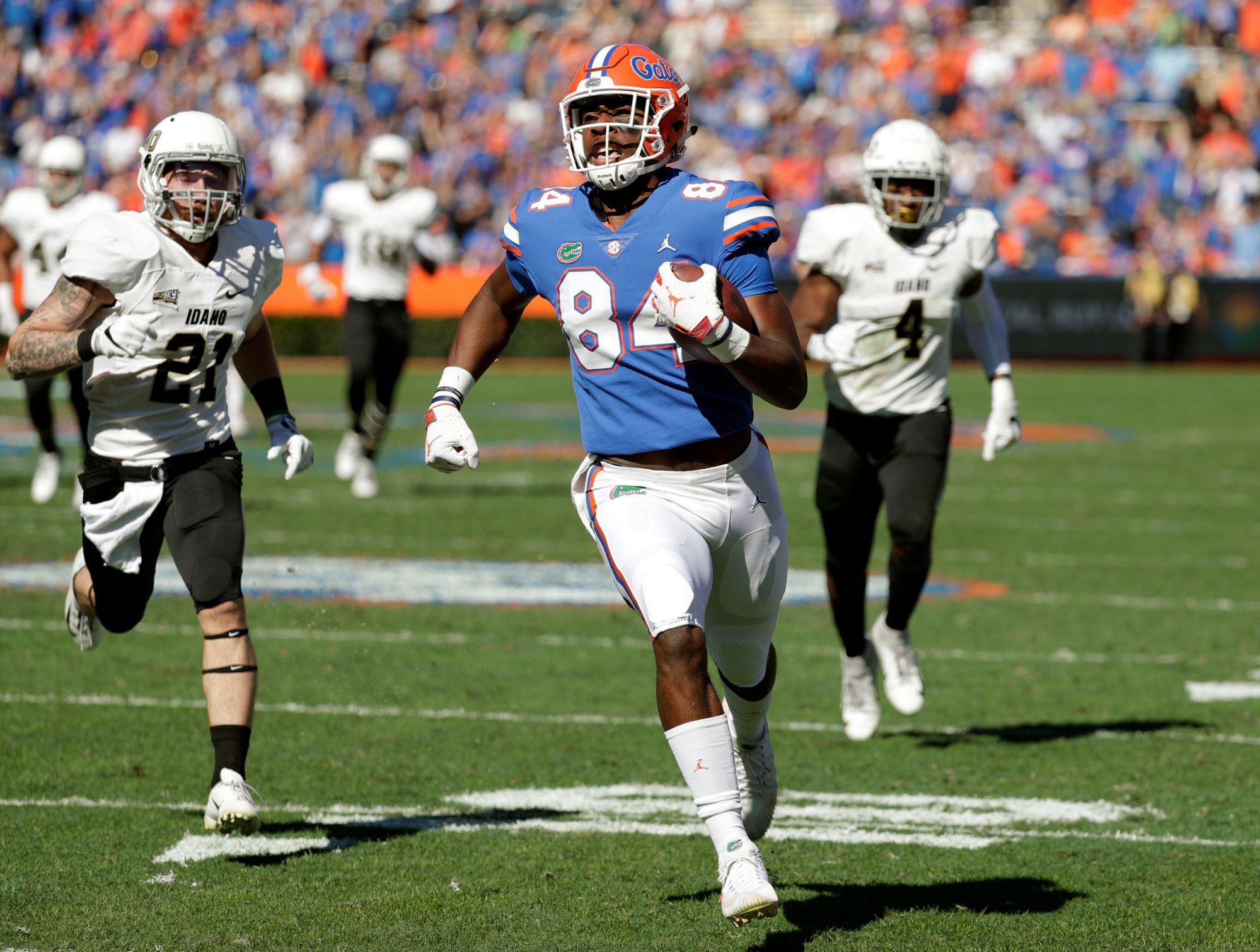 Ja’Marr Chase left no doubt about who the No. 1 receiver is in next month’s NFL draft with is pro day workout Wednesday.

A few hours after Chase blazed a sub-4.4-second 40-yard dash, Kyle Pitts staked his claim to being the first non-quarterback drafted.

Both Chase, the LSU receiver, and Pitts, the Florida tight end, had impressive pro day workouts Wednesday and remain two of the leading candidates for the Detroit Lions to take with the No. 7 overall pick.

Chase, who measured just over 6 feet and 201 pounds, ran a 4.38-second 40 and posted a 41-inch vertical jump, according to numbers released by the school.

[ Lions ‘comfortable’ picking at No. 7, not surprised by early NFL draft trades ]

“I think he’s an elite wide receiver and I think he’s an elite tight end,” Florida coach Dan Mullen said of Pitts. “And when you’re that, that’s what the causes the problem of what personnel grouping are you in, who you’re going to match up against him? I was in a meeting one day and (someone said) he’s kind of like a unicorn and the only way you can defend a unicorn is with another unicorn, so if you don’t have a unicorn on defense you’ve got a problem.”

Pitts is widely viewed as the best tight end prospect to enter the NFL in a generation and could be the first top-five pick at the position since Riley Odoms in 1972.

He said Wednesday that no teams have talked to him about playing receiver, and that he sees himself as a versatile offensive weapon.

At least three, and perhaps four, quarterbacks are expected to go in the first four picks of the draft, which could leave Pitts, Chase, Oregon offensive tackle Penei Sewell and Alabama receivers Jaylen Waddle and DeVonta Smith to fall to the bottom half of the top 10.

The Lions are light on receivers — Tyrell Williams and Breshad Perriman sit atop the depth chart for now — and have a second-year tight end in T.J. Hockenson who is coming off a Pro Bowl season, but still could nab a multi-dimensional player like Pitts if he gets past the Atlanta Falcons at No. 4, Cincinnati Bengals at No. 5 and Miami Dolphins at No. 6.

Pitts said playing with a player like Hockenson would be great for his maturation as a player and great for the Lions’ offense.

“I think that would cause a lot of problems because two great tight ends who can run routes, block, so that kind of makes it hard for a defense to scheme up,” he said. “Like I said, having those two tight ends that can do different things in different areas, that’s something that’s kind of difficult for a defense to guard.”

BIRKETT’S MOCK DRAFT: Kyle Pitts is ‘a rare dude;’ don’t be surprised if Lions draft him at 7

Chase proved hard to guard during his two seasons at LSU before opting out of the 2020 season due to COVID-19 concerns.

He led LSU’s national championship team in 2019 with 1,780 yards and 20 touchdowns while playing alongside Justin Jefferson, who was the NFL’s most impressive rookie receiver last season.

Though Chase is not as big as Pitts, his blend of physicality and speed would give the Lions something they currently lack on offense.

“I just want to be great,” Chase said. “There’s no way for me to (let up). Be lazy you get passed up every day. Someone’s always outworking me somehow, someway, so I got to remember that and keep working.”