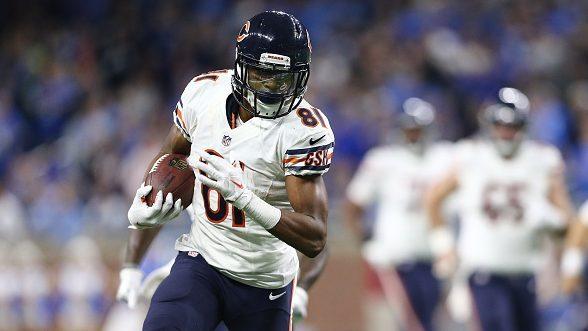 Meredith, 28, caught 66 passes for 888 yards and four touchdowns for the Bears in 2016 before a knee injury the following season stunted his career. He had four games with at least 100 yards receiving in just 14 games played for Chicago that season.

However, a torn ACL, MCL and partially torn meniscus the following preseason against the Tennessee Titans would ultimately serve as his final game with the Bears. The Saints would sign him to a restricted free agent tender the following offseason and he would appear in just six games, catching nine passes for 114 yards and a touchdown in 2018. He signed with the New England Patriots in 2019 but was put on the physically unable to perform list and eventually waived.

“I’m 100 percent in a better place physically now that I was (with the Patriots),” Meredith said, via Ed Tait of the Blue Bombers website. “Looking back now, I definitely needed that time to recover and time is precious in the NFL – the CFL, too – and if you’re not ready to play, other guys are.

“I’ve taken the last couple of years to sit back, enjoy time with my family and do the necessary therapy and treatment I’ve been doing like the lifting, the massages, everything. It’s been a non-stop 2 ½ year grind. I’d like to say it wasn’t for nothing because now I’ve got this opportunity to do something with it. I’m really, really excited, man.”

Meredith had already been living in Winnipeg as it is his girlfriend’s hometown.

“I said this would be perfect because I’m living here now, I have family here and I’m familiar with the team now. It’s really played out perfectly,” Meredith said.

“That’s why I’m so grateful for Winnipeg and them giving me the opportunity to showcase my skills to a whole new fan base, a whole new league. Hopefully I can make a name for myself and tear the field apart. I’m looking forward to that. That’s what it’s really about now: getting back to the game and playing ball.”