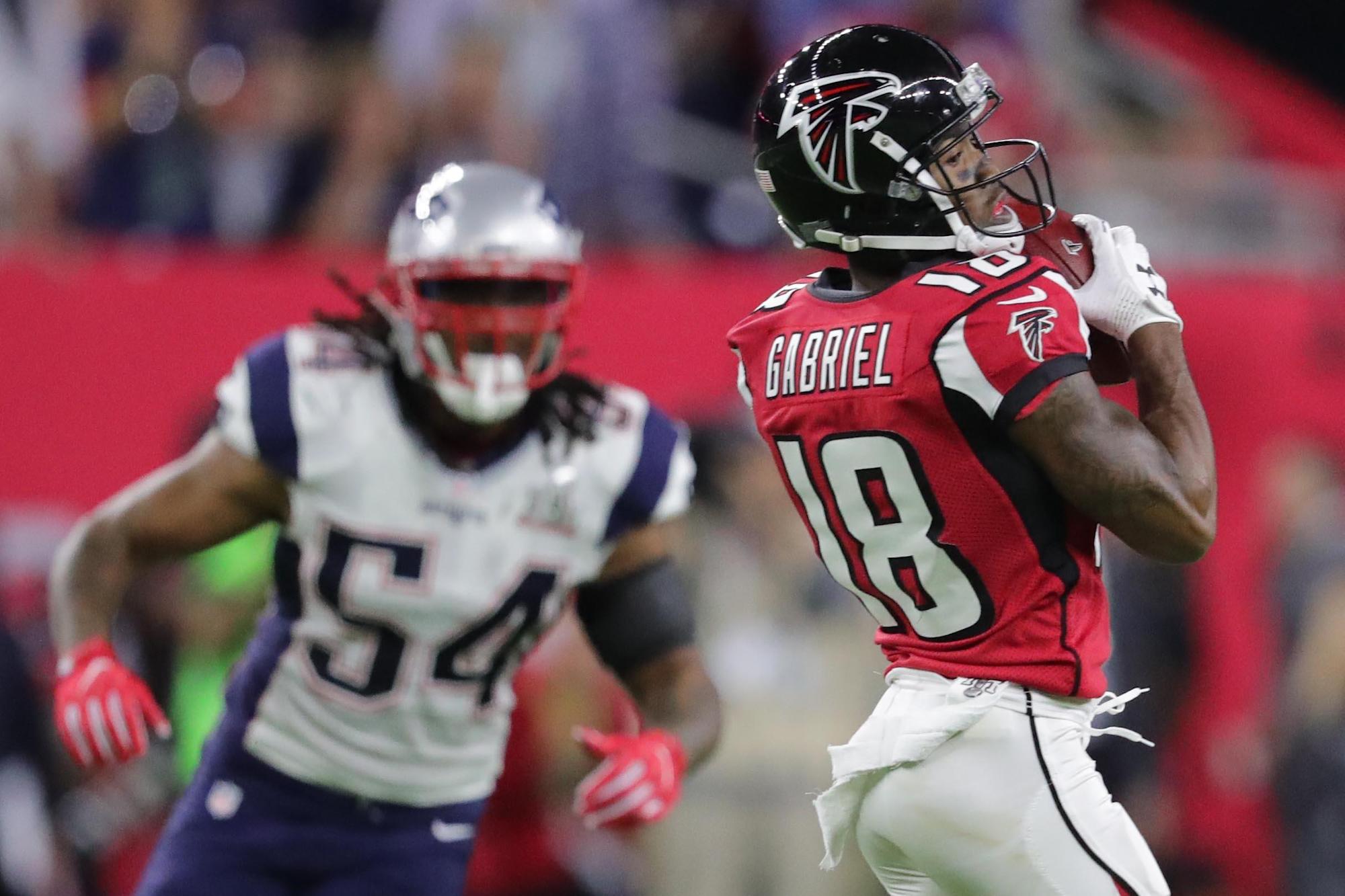 Former Atlanta Falcons wide receiver Taylor “Turbo” Gabriel has finally called it a career. After entering the league as an undrafted free agent in 2014, the 5-foot-7 speedster would join the Falcons in 2016 following a two-year stint with the Cleveland Browns.

During his time in Atlanta, Gabriel racked up 68 catches, 957 receiving yards and seven touchdowns. He was a key contributor during the team’s Super Bowl run in 2016, catching nine balls for 171 yards (19.0 yards per reception) in those three playoff games. In 2018, Gabriel left for the Chicago Bears in free agency.

Gabriel ends his NFL career with 2,860 yards on 228 receptions and 14 touchdowns. However, his retirement came after expressing a desire to come back to the Falcons.

Even if he was only in Atlanta for two seasons, his head fake against Malcolm Butler in Super Bowl 51 will live on in infamy.

What number did each Falcons player wear in college?

NFL Draft: 5 WRs the Falcons could target outside of top 10