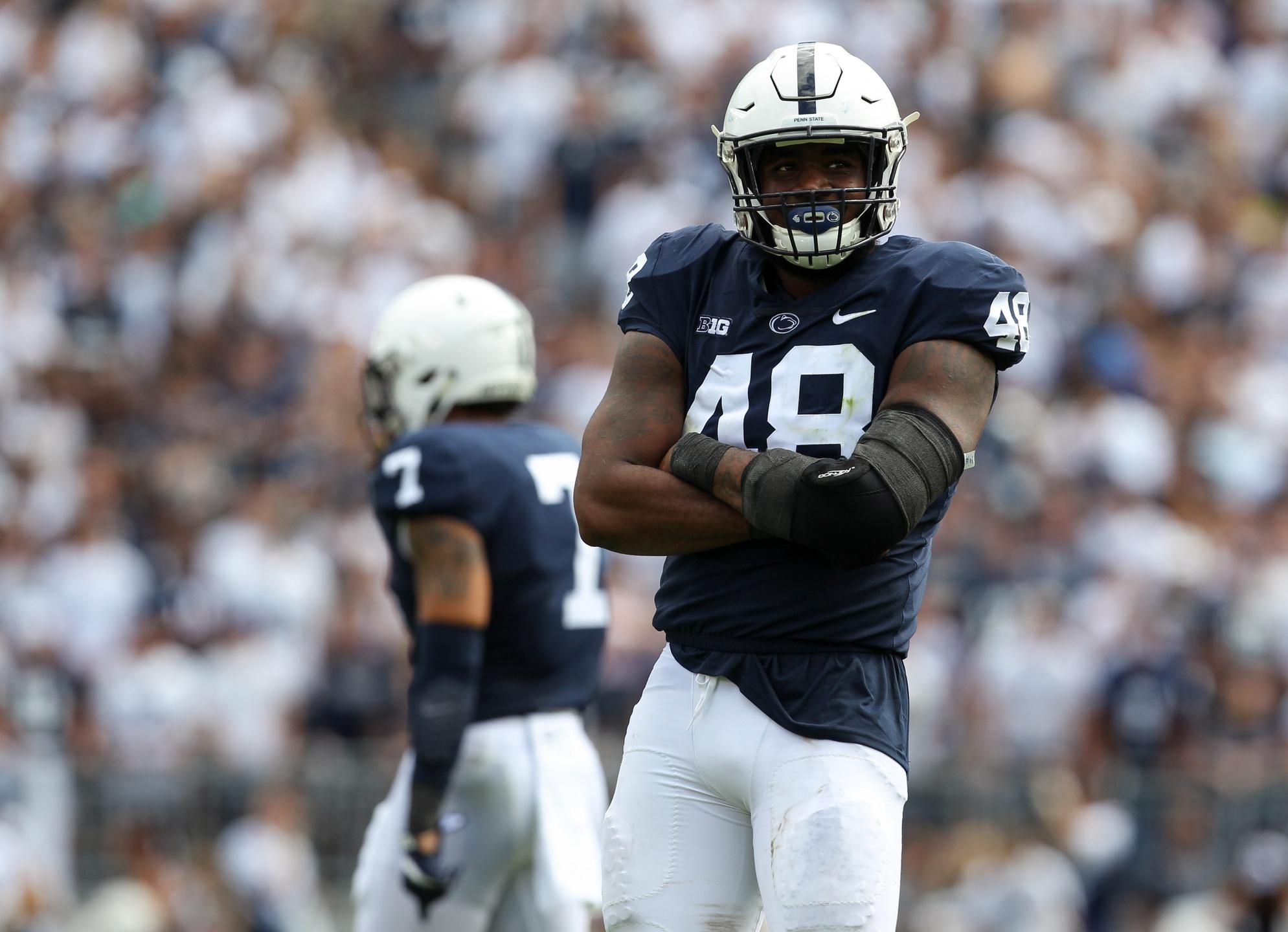 Former Penn State defensive lineman Shareef Miller has made a few stops in his young NFL career. The latest stop in his NFL journey will come with the Atlanta Falcons, who signed Miller to a contract on Thursday.

Miller was one of four free-agent signings confirmed by the NFC South franchise on Thursday. The Falcons are the fourth different NF franchise Miller has been a part of since being drafted in the fourth round of the 2019 NFL draft.

Miller will have to earn his spot on the Falcons roster. Sticking on an NF roster for too long has been a hurdle for him in the NFL so far. After being drafted in the fourth round by the Philadelphia Eagles in 2019, Miller was waived by the Eagles prior to the start of the 2020 season. He was picked up by the Carolina Panthers shortly after that, but his time with the Panthers lasted just about a month before Carolina made some roster moves and waived him.

Miller returned to the Eagles as a practice squad player for the remainder of the 2020 season, and the Arizona Cardinals signed Miller to a reserve contract. Arizona waived Miller earlier this month, allowing him to once again test the free-agent waters that have now taken him to Atlanta.

Miller played in 40 games for Penn State from his redshirt freshman season of 2015 through his junior year of 2017. In those games, Miller started 25 games his last two years in Happy Valley. Miller left Penn State with 100 career tackles and 14.5 sacks and two fumble recoveries.

Every College Football Hall of Fame member from Penn State