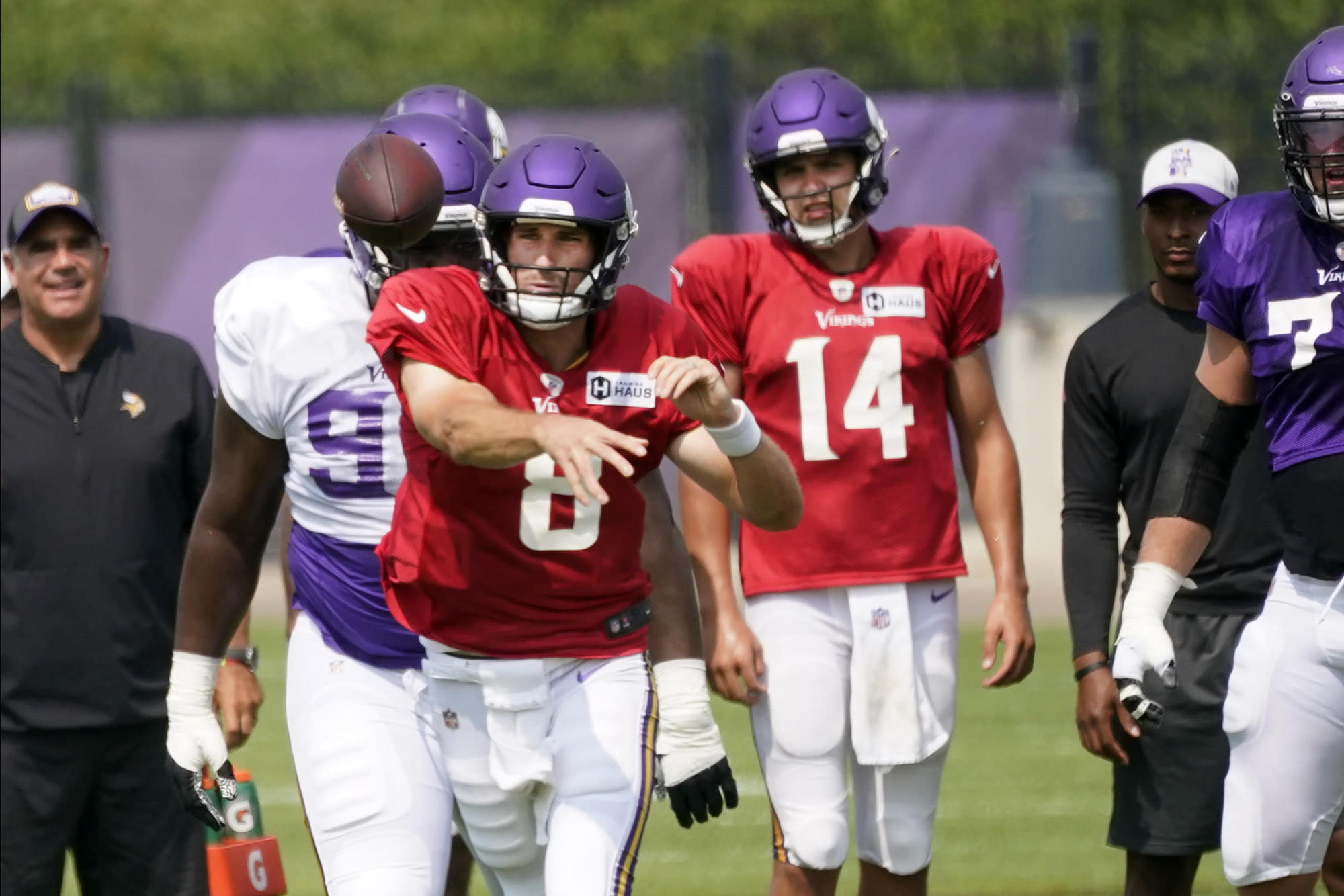 This isn’t a betting column, though there does appear to be an opportunity to make a few bucks in the NFL market. That would be in Minnesota, where quarterback Kirk Cousins seems intent on sabotaging any chance the Vikings can match the win total of nine games set by oddsmakers going into the season.

That Cousins is not vaccinated and has no plans to get vaccinated should be troubling enough for Viking fans. Already sidelined for a few crucial practice days, he’s one positive test away from potentially ruining a season that, by all accounts, looked playoff worthy.

“I just got off the COVID list, so I’ve got to talk to my team doctors and try to see how they feel about it,” he said Monday.

No need for that because the team doctors will all say the same thing: Get the vaccine. And most players are, with the NFL reporting last week that 90 percent of players have had at least one vaccine shot.

The decisions by players crucial to the success of both teams are as disturbing as they are perplexing. In Minnesota, it has already cost Cousins an endorsement with a hospital, which couldn’t very well have him promoting health care when refusing to do the one thing necessary to keep himself and those around him healthy.

A quarterback is supposed to be a leader, someone who pulls the team together toward the common goal of a Super Bowl. Cousins is doing the opposite, and it has already cost the Vikings valuable practice time as he and two other quarterbacks were sidelined last week because of possible exposure to COVID.

It also had coach Mike Zimmer shaking his head over where the players are getting their information about vaccines.

“Some of the things they read are just …” Zimmer said before pausing, “out there.”

That makes what Lane Kiffin and his staff have done in college even more impressive. Kiffin said last week his Mississippi football players are 100 percent vaccinated after an education program helped everybody buy-in — not just for the sake of their own health but the team’s success in a league where forfeits loom if a school can’t field a team.

“Nobody wants to be in a position to forfeit games,” Kiffin said.

This was supposed to be the time when sports returned to normal after more than a year of missed games, empty stadiums and constant testing. But with the emergence of the Delta variant and the refusal of some players to get vaccines, COVID figures to again dominate the landscape of fall sports heading into winter.

It’s not just football players with their helmets in the sand. Just listen to Bryson DeChambeau, who already had a well-deserved reputation as a petulant and self-absorbed player even before he made some ignorant remarks about the vaccine last week.

“I’m young enough, I’d rather give it (the vaccine) to people who need it” DeChambeau said. “I don’t need it. I’m a healthy, young individual that will continue to work on my health.”

Apparently DeChambeau has been so busy bulking up and trying to smash a golf ball 400 yards that he hasn’t been paying attention to the news. Had he been doing so, he would have figured out that young people are being hospitalized — and some are dying — despite being otherwise healthy before catching the virus.

And he surely would have known that anyone in the United States who wants the vaccine can get it — and get it quickly.

And then there’s Washington State football coach Nick Rolovich, whose job is both to win games for his university and provide a role model for the young men in his program. Rolovich was banned from the Pac-12 media day because he refuses to get vaccinated and said the other day that he couldn’t say how many of his players have gotten the vaccine.

Oddsmakers figure the Cougars will win six games this season. The case could be made that the team never plays six games the entire season.

There are consequences for passing on the vaccine and getting COVID is, of course, the biggest one.

There are also consequences on the job. Around the country, companies, schools and government agencies are beginning to require vaccinations to remain employed. Soon vaccines will be necessary if you want to be in the armed forces.

Sports should be no different. For the good of their sports and their teammates athletes should face only one simple choice.

Get the shot or take the ball and go home.

Tim Dahlberg is a national sports columnist for The Associated Press. Write to him at tdahlberg@ap.org or http://twitter.com/timdahlberg