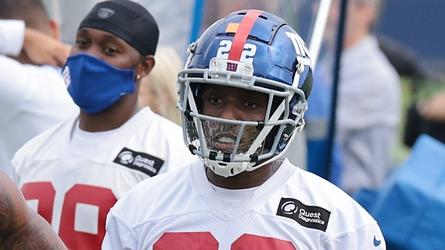 Giants CB Adoree’ Jackson sprained his ankle during joint practice with the New England Patriots on Wednesday, according to NFL Network’s Ian Rapoport.

Jackson was seen grabbing at his ankle after a play during live team drills with both teams. When practice finished, he “hobbled onto a cart” and was driven instead of walking into the locker room.

The type of sprain isn’t yet known (though he’s “dealing with significant swelling,” per Rapoport), but what is known is Jackson’s injury history. It was a knee issue that kept him out most of last season. And though that isn’t the issue here, there are just three weeks left until the start of the regular season, so there is cause for concern.

Jackson is slated to play opposite James Bradberry at cornerback and has been putting together a solid camp. But this injury, if serious, has a potential to put a wrinkle in his early Giants career.