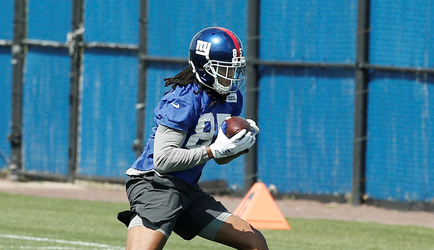 The former first-round pick by the Carolina Panthers signed with the Giants after his tryout at rookie minicamp.

Benjamin, who was drafted as a wide receiver out of Florida State, tried out as a tight end this weekend.

Benjamin also had stints with the Buffalo Bills and Kansas City Chiefs, and has 209 catches, 20 of them touchdowns and 3,021 yards in 61 games played.

But at 6-foot-5 and 245 pounds, the Giants think the 30-year-old former college standout could resurge his career as a tight end, alongside Evan Engram and Kyle Rudolph.