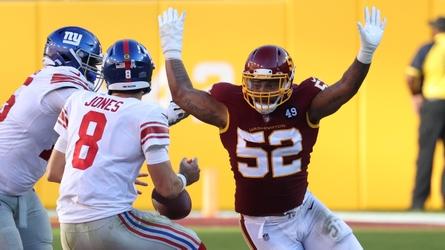 Per Vacchiano, Anderson’s deal is for one year and $1.127 million (veteran salary benefit).

He spent the first four years of his NFL career with Washington, appearing in 52 games (four starts).

Anderson played in nine games during the 2020 season — all off the bench.