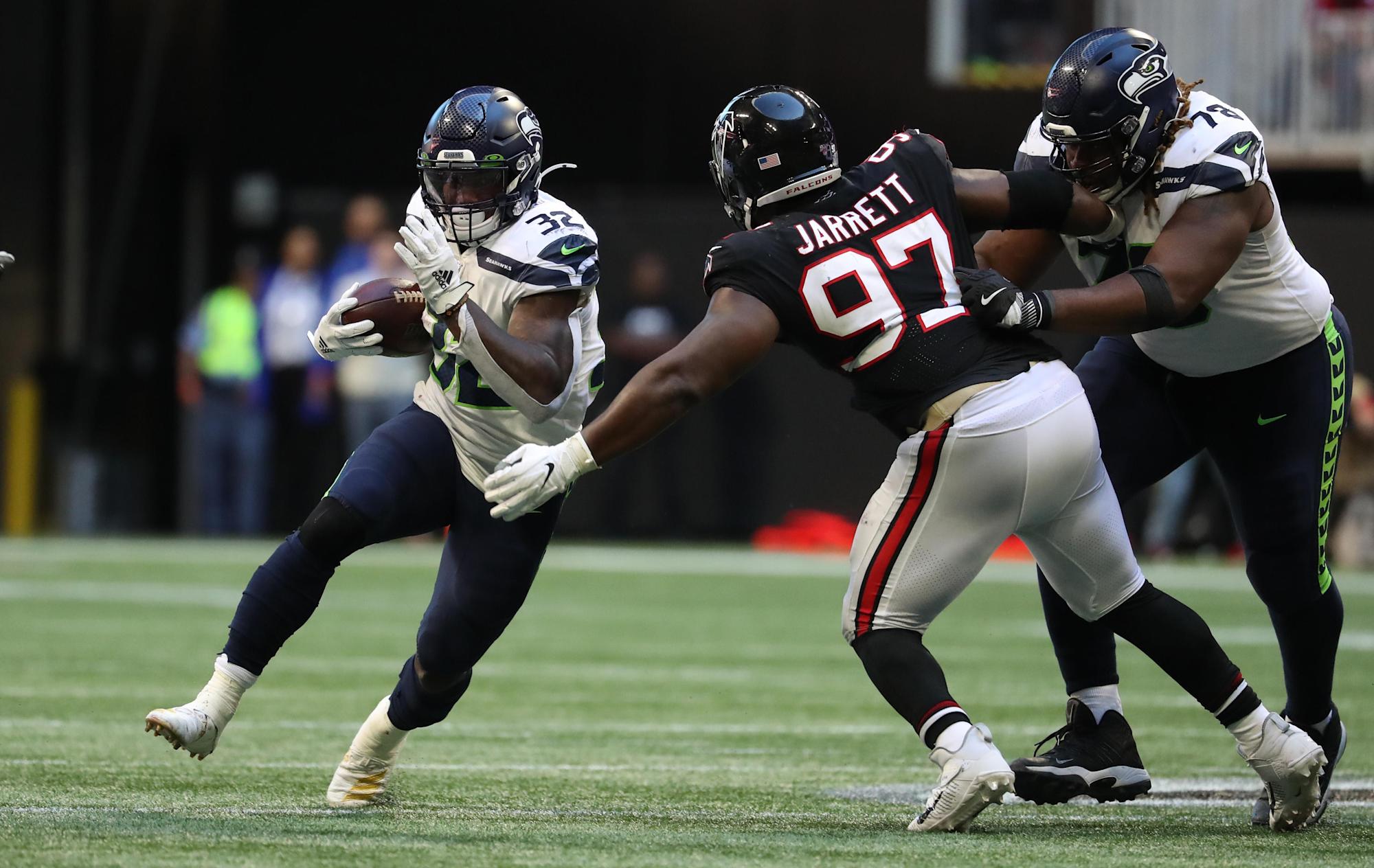 Fast, strong and oftentimes unblockable, Falcons defensive tackle Grady Jarrett is one of the NFL’s elite interior defensive linemen. The problem when you play an interior line position and you’re not Aaron Donald is that people tend to overlook you.

When you watch Atlanta’s defense, though, it’s hard not to see the massive force that Jarrett is in the middle. He eats double-teams, can rush from any gap and has remained remarkable healthy while playing one of the most physical positions in football. The former fifth-round pick out of Clemson has been a welcome surprise over his first six seasons in the league.

Touchdown Wire’s Doug Farrar gave some love to the big man in his top 11 interior defensive linemen rankings, putting Jarrett at No. 6:

Jarrett lasted until the 137th pick in the fifth round of the 2015 draft because he was allegedly too small to make an impact at the NFL level, and he’s been making people pay for it ever since. Nobody remembers the three-sack performance in Super Bowl LI due to Jarrett’s Falcons blowing a certain 28-3 lead, but Jarrett had a legit shot at MVP in that game had Atlanta held on, and Jarrett has been an absolute force throughout his NFL career. 2020 showed more of the same, as Jarrett totaled four sacks, 17 quarterback hits, 35 quarterback hurries, and 26 stops with very little help alongside him. Jarrett is able to win consistently inside the guards because he’s freakishly strong for his 6-foot-0, 305-pound frame, but he also brings a formidable quickness to his pass rush.

Jarrett was named to the Pro Bowl for a second-straight season in 2020, finishing with 52 combined tackles, four sacks and 30 QB pressures. At 28 years old, he’s just entering his physical prime.

Look for Falcons defensive coordinator Dean Pees to get the most out of Jarrett — who figures to line up at defensive end more this season in 3-4 base sets.