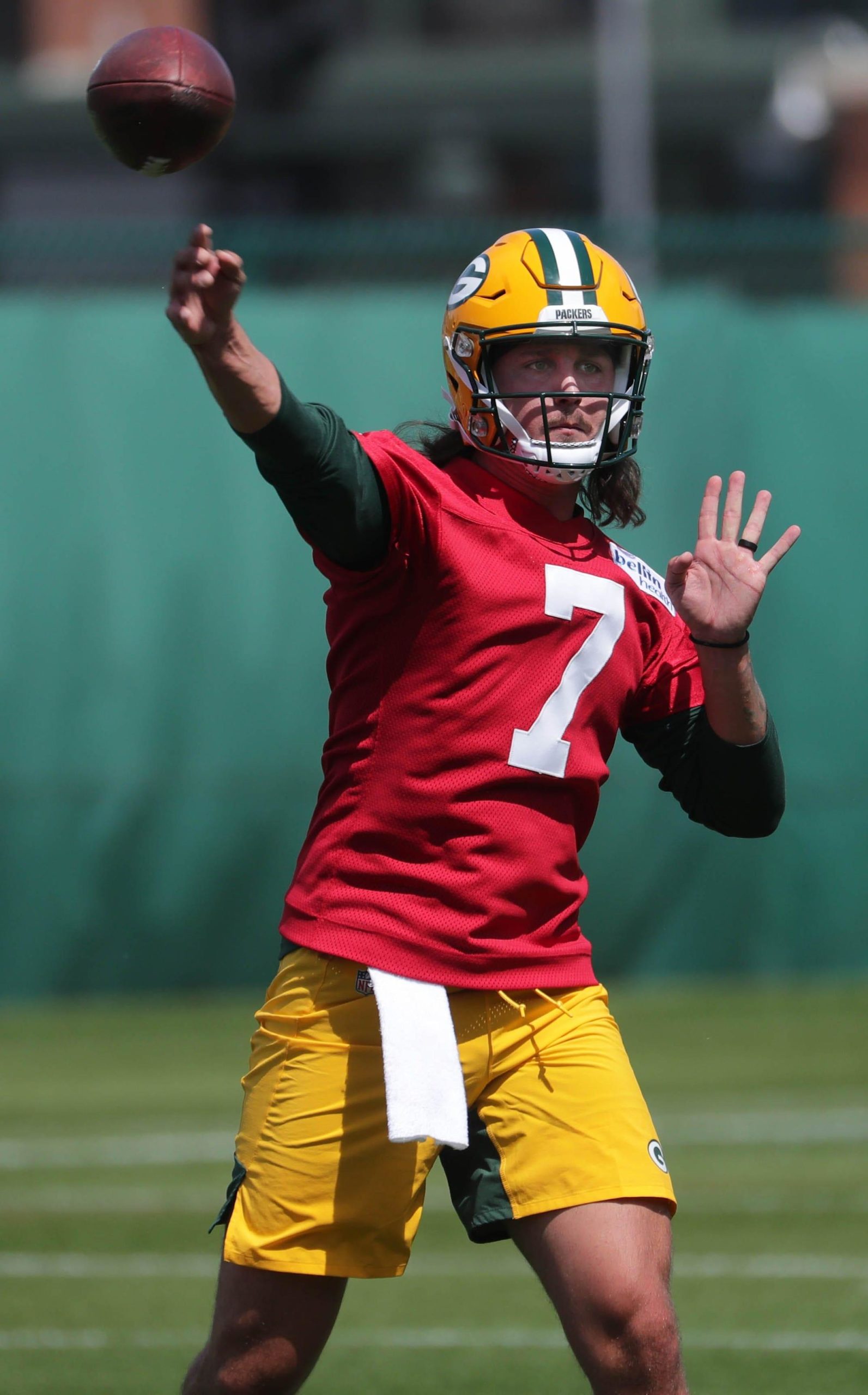 Benkert, 25, tweeted a photo of him signing a contract in Packers gear.

“The best advice I can give anyone is to believe in yourself. @packers,” Benkert wrote. “I’m so thankful.”

The Packers will now have four quarterbacks under contract in Aaron Rodgers, Jordan Love, Bortles and Benkert. The recent signings come in the wake of reports surrounding Rodgers’ discontent with the team. However, head coach Matt LaFleur and general manager Brian Gutekunst said at the NFL draft that the team planned on adding one to two more arms for training camp regardless of their situation with Rodgers.

Benkert and Chad Kelly were the lone quarterback tryouts at this weekend’s rookie minicamp. After signing Bortles on Wednesday, the Packers had one open spot left on their roster for the tryout players to earn.

Kelly, the nephew of Pro Football Hall of Fame quarterback Jim Kelly, spent less than a season on the Denver Broncos before his arrest on suspicion of first-degree criminal trespassing and subsequent release from the team. He signed with the Indianapolis Colts on May 20, 2019, and was later cut on Sept. 30, 2020.

Benkert appears to have beaten out both Kelly and linebacker tryout Alvin Jones, Jr., twin brother of Packers running back Aaron Jones, for the last spot.

“I thought both of those guys did a nice job,” LaFleur said of Benkert and Kelly after the first day of rookie minicamp Friday. “Kurt had some experience in this league and Chad, he’s … I’m sure you’re all familiar with his past, but I think he’s overcome that. It was just great. He’s a talented thrower. You can see it’s very effortless and natural.”

LaFleur lauded Benkert’s and Kelly’s qualifications despite them seeing limited action at rookie minicamp. This year’s roster only featured 28 players, which is smaller than those of previous years due to COVID-19 protocols limiting the number of tryouts.

Even though the rookies had limited capabilities during team periods and seven-on-seven work with fewer players, the Packers got enough of a taste of the two quarterbacks’ talents to aid them in their decision to sign Benkert.

Benkert spent the past three seasons with the Atlanta Falcons after signing with the team as an undrafted free agent in 2018. He sat out the 2019 season on injured reserve with a toe injury and hasn’t seen any regular-season action. The Falcons released him Feb. 18.

A native of Cape Coral, Florida, Benkert took a redshirt year at East Carolina in 2013 and appeared in three games the following season. Prior to the start of his redshirt sophomore year, he tore his ACL and transferred to Virginia. There, he played for two seasons and 24 total games. He completed 526 passes for 5,759 yards and 46 touchdowns.

“I’ve probably got to work more on guard,” Newman said, “just because I didn’t play it last season. I started there a couple years ago. Once I was starting at guard, I was very comfortable doing it. But this past year I started at tackle, so just kind of getting used to playing back at guard again and the different changes of speed. So just getting used to that again.”

“I treat him like he’s my big brother,” Hill said. “Whenever he’s around, he hits me up, I hit him up. It’s just really a mutual, friend thing. Even better, we both went to the same school, and God blessed us to be here again.”