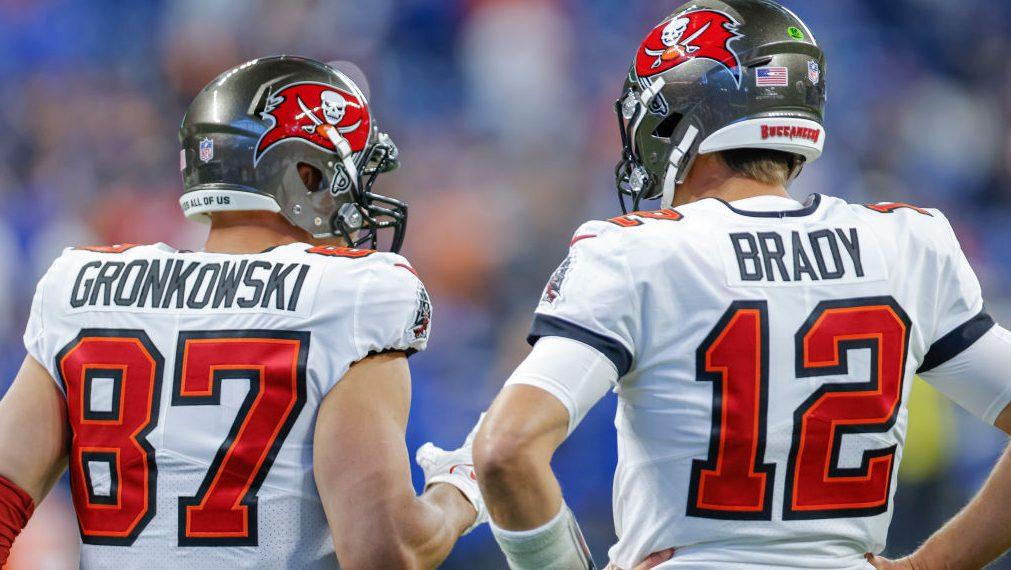 Rob Gronkowski has played his entire career with Tom Brady as his quarterback, first in New England and now in Tampa Bay, and he says Brady has such a feel for their chemistry that it’s like he’s a mind reader.

“Being together for so long . . . he claims when we’re throwing routes that he knows already what I’m thinking, before I even know what I’m thinking,” Gronkowski said on NFL Network. “So I’m like, if that’s the case, we don’t have to say a single word to each other, if he already knows what I’m thinking. But I really think he does sometimes.”

Gronkowski is 32 years old, the same age Brady was when the Patriots drafted the 20-year-old Gronk, and he’s amazed that Brady is still playing at a high level.

“I met him when he was 32 years old, when I was 20 years old, and he hasn’t had a single drop off since I’ve met him. He’s never lost the throwing power, he’s never lost his skills,” Gronk said. “This guy has it every single day, week in and week out, game in and game out. The way he’s playing, he’s never had a drop off in his career, since the day I met him.”

Gronkowski has already retired and un-retired once, and he’s likely closer to the end of his career than Brady is. But Gronk sounds like he wants to play with Brady as long as he can.