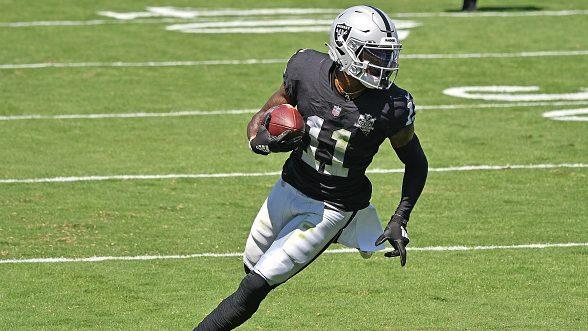 Despite being the first receiver selected in last year’s NFL Draft, Las Vegas Raiders wide out Henry Ruggs was out-classed by many of his fellow rookie pass catchers across the league in 2020.

Now entering his second year with the Raiders, Ruggs is eager to take on more within the team’s offense and show what he can really do.

Ruggs was on the field for slightly more than half of the team’s offensive snaps last year. Given better injury luck he’ll likely see more playing time this year with greater comfort in the team’s offense as well.

Fellow receiver Hunter Renfrow said that while Ruggs wasn’t producing as much with catches himself, his speed presence helped open things up for the rest of their offense.

But Ruggs is eager to show he’s capable of living up to the expectations himself as well.

“I don’t think anybody’s expectations for me is higher than myself,” Ruggs said, via W.G. Ramirez of the Associated Press. “If I’m frustrated with anything, it’s because I didn’t do what I felt like I can do or what I’m able to achieve. It’s not critics, and what the coaches, or what other players around the league may say about me. It doesn’t really do too much for me because I know what I can do and I’m my biggest critic so no one else can make me feel bad about that.”