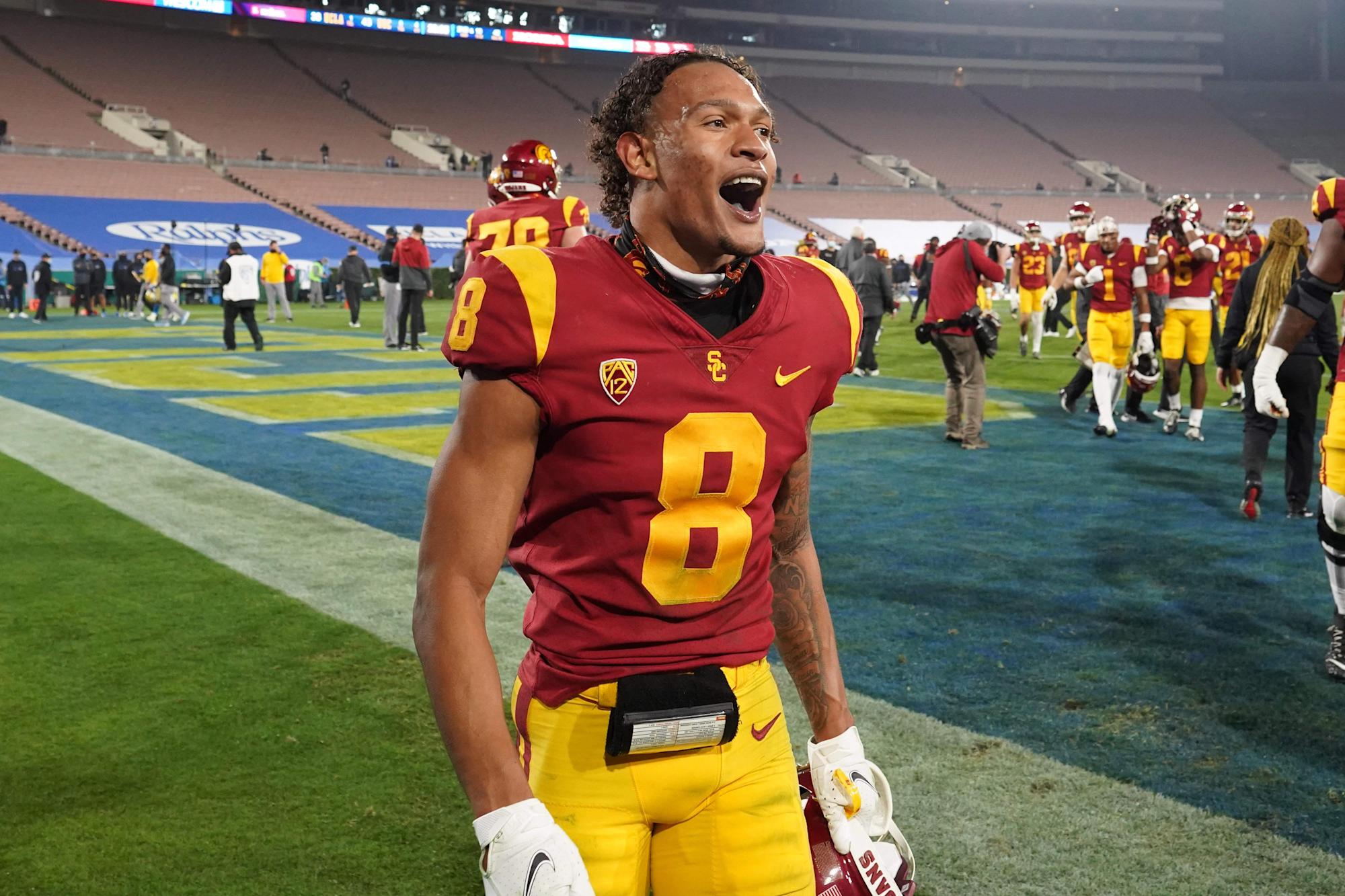 The Detroit Lions made seven selections in the 2021 NFL draft, loading up on the trenches with their first three picks.

Brad Holmes, the first-year general manager hired in January from the Los Angeles Rams, waited until the fourth round and his fifth pick to select a receiver, after the team’s top-3 wideouts all departed in free agency in March.

Here’s a look at each player the team took during the three days of the draft Thursday-Saturday from Cleveland, with links to our best stories.

Sewell’s story is an easy one to get behind: From a shack on a beach on tiny American Samoa, to the seventh overall pick in the draft as a 20-year-old. Now, he’s the Lions’ projected right tackle as a rookie on an offensive line with two other first-round picks.

FOUNTAIN OF YOUTH: Why Penei Sewell could make history with his first appearance

Onwuzurike made headlines for his post-draft news conference potty mouth — ‘I like (bleeping) people up’ — but seems like someone fans will enjoy if he backs it up on the field.

INSIDE THE PICK: Lions tried to trade up for Onwuzurike; sometimes ‘draft gods smile on you’

Had 5½ sacks in 2019, McNeill played linebacker and running back in high school, and was a three-time all-conference pick in baseball. Maybe he can hit for the Detroit Tigers?

The Lions also thought about trading up for this big, athletic corner, whose brother was a second-round pick in 2017, but is now out of the league.

Labeled as “competitive” and “tough,” he comes from a hyper-athletic family and has one brother on an NFC North rival. Our Dave Birkett has St. Brown as the Lions’ biggest steal of the class.

The Lions traded away a fifth-rounder this year and fourth-rounder next year to draft Barnes, and the pick was praised by ESPN’s draft analysts.

SEIDEL: Lions finally stopped lying to themselves about rebuild. NFL draft proved it

Another Pac-12 player, Jefferson thought he’d go in the third- or fourth-round, but ended up being the draft’s third-to-last pick. He was fifth in the FBS last season with 154.2 yards from scrimmage per game.

Read more coverage on the Lions at freep.com/sports/lions

This article originally appeared on Detroit Free Press: Meet the Detroit Lions’ 2021 NFL draft class: Get to know each player