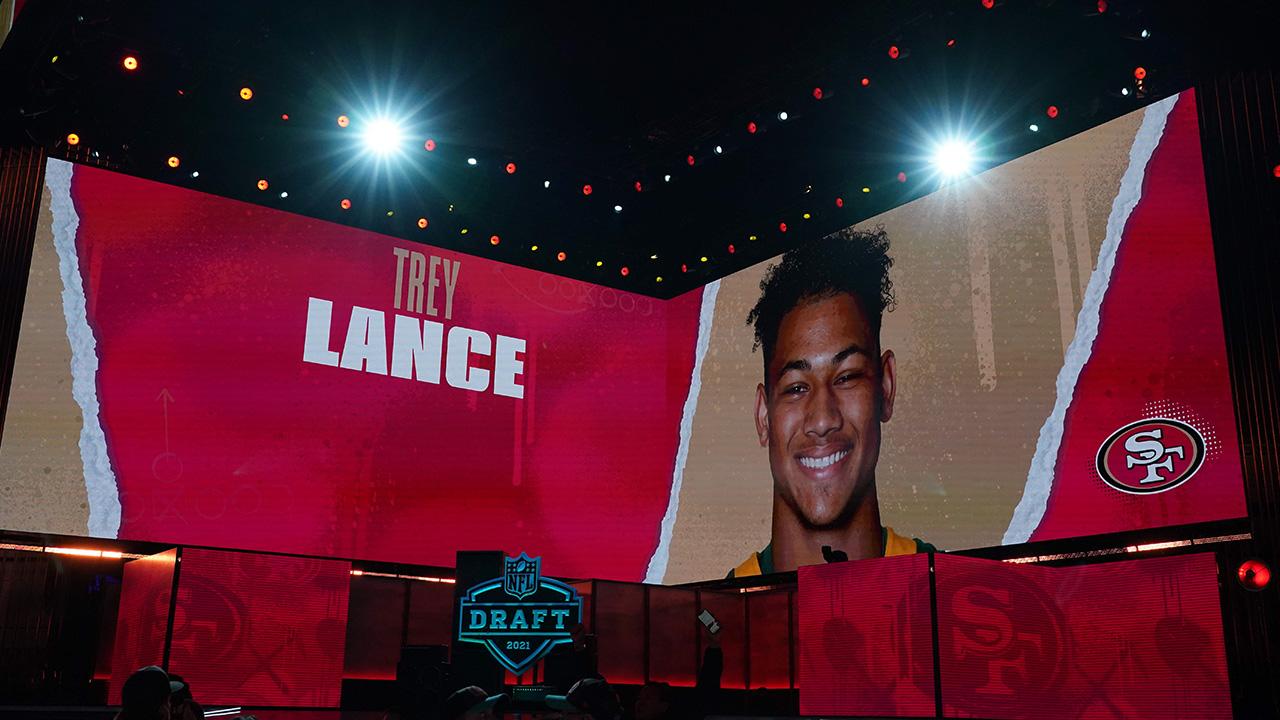 On March 26, the 49ers made what arguably was the biggest trade in franchise history, acquiring the No. 3 overall pick in the 2021 NFL Draft from the Miami Dolphins in exchange for San Francisco’s No. 12 overall selection, first-round picks in 2022 and 2023, and a 2022 third-round pick.

What followed was several weeks of rampant speculation about which player — presumably a quarterback — the 49ers would select with the third pick, but as we later found out, they had been targeting Trey Lance all along.

But the trade to ultimately acquire a new franchise QB was not initiated on the day it was completed. Far from it, actually. As NBC Sports’ Peter King reported in his latest “Football Morning in America” column, the 49ers planted the first seeds of the idea way back on March 3. It took three weeks to be completed because Miami’s agreement was conditional on finding a way back into the top eight.

“The Dolphins sat at three in March but didn’t necessarily need to be at three,” King wrote. “They weren’t going to take a quarterback, and, as it turned out, they were keen on a receiver, [Jaylen] Waddle, who was not the consensus top receiver available. (Ja’Marr Chase was.) Still, if they went down to 12 with San Francisco, they knew that to get an offensive threat like Waddle, they’d have to move back to the eighth pick, at the lowest, and they definitely wanted to be higher than that.”

As King reported, the Eagles wanted to add draft capital, so they were the perfect partner for the Dolphins. The two sides soon agreed to the framework of a deal in which Miami would receive the No. 6 overall pick in exchange for the 12th pick (via San Francisco) and Miami’s 2022 first-round pick.

And just like that, the Dolphins had everything they were looking for — well, almost.

When 49ers general manager John Lynch first initiated discussions for the No. 3 pick with Dolphins GM Chris Grier back on March 3, he only offered San Francisco’s first-round picks in 2022 and 2023 in exchange. But after agreeing to the framework with the Eagles, Grier called Lynch back with an additional request: a third-round pick.

Initially, that was a difficult request for Lynch to stomach. But as King reported, the 49ers eventually came around to the idea, thanks in large part to a coach who is no longer with the team.

“That was tough for the Niners, who already were denuding the top of their next two drafts to get a quarterback,” King wrote. “Lynch had to think about it. He knew, internally, that it would be a tough pill to swallow. But he had a third-round Compensatory Pick (likely to be about the 104th overall pick, very low in the third round) coming in 2022 from Robert Saleh’s hire by the New York Jets. ‘A total bonus,’ coach Kyle Shanahan called it. So the Niners, after some thought, agreed to add the third-round/Saleh pick as the sweetener to push it over the top.”

Lynch wasn’t upset about the additional request. Ironically, he had made almost the exact same request himself in his first draft as 49ers GM in 2017, in which he acquired an extra third-round pick in trading back from No. 2 to No. 3 overall with the Chicago Bears.

The Bears, of course, threw all of their eggs into the Mitch Trubisky basket. Lynch and the 49ers surely are hoping things work out much better with Lance.