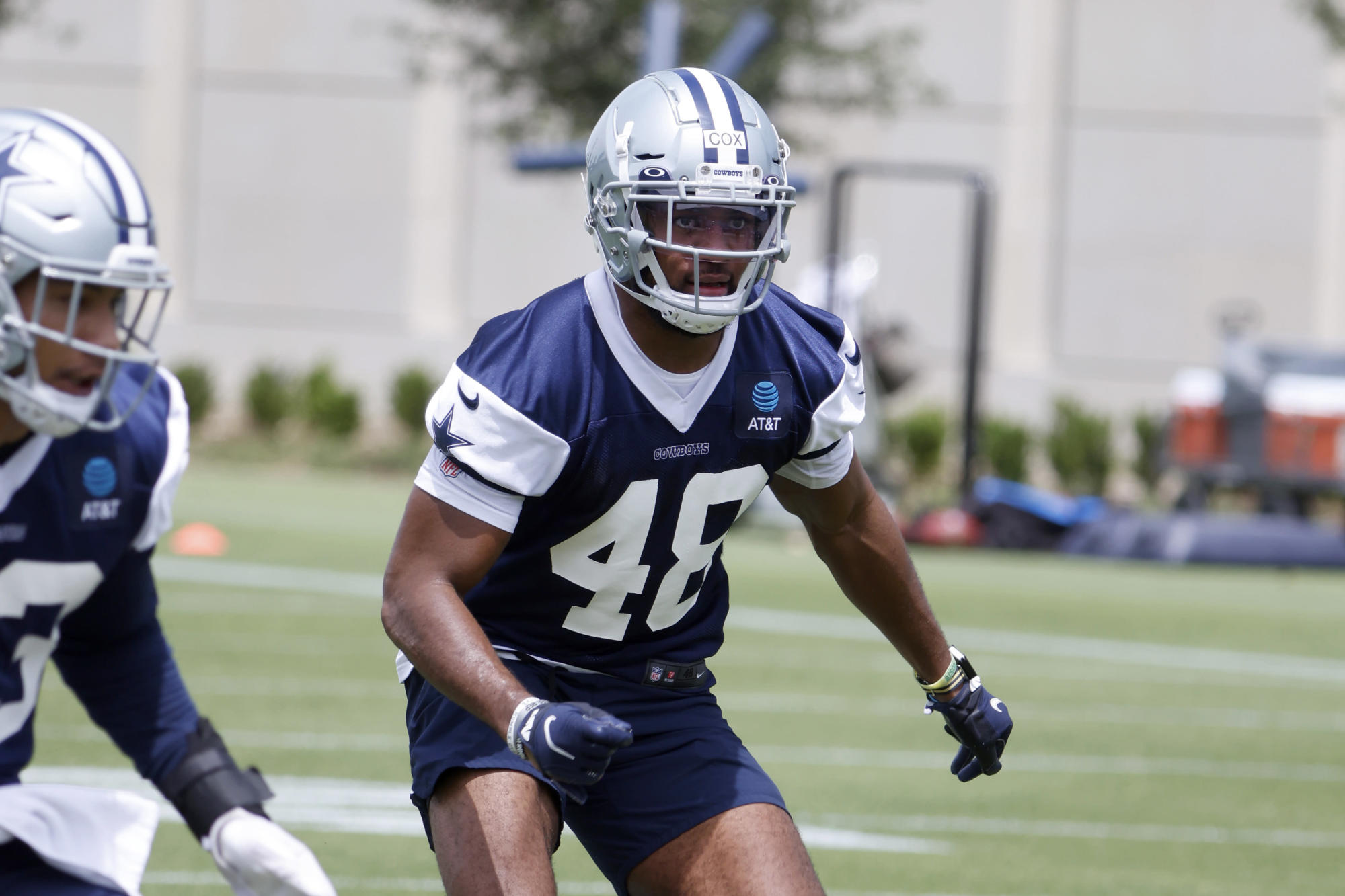 Predicting the Dallas Cowboys’ defensive starters for the upcoming season is nearly impossible. With the new defensive coordinator Dan Quinn brought on board, free agent pick-ups, draft picks, and recent cuts, it’s true that every single player will have a chance of seeing the field.

One thing was evident for Dallas’ defense in the 2020 season — Mike Nolan may have been the worst defensive coordinator that the Cowboys had in a long time. The Cowboys’ 2020 Defense was the worst in franchise history and 2nd worst in yards allowed; only behind the 2013 team. Though the majority of the season, Nolan left only two linebackers in the middle of the field, even against 12 and even 13 personnel. They had no help.

This is a good lineup against the pass but absolutely terrible if the offense decides to run the ball. The Browns let the Cowboys take themselves out of most plays with their run zone blocking.

There was zero rotation (from the bottom to the top) from the defense when the run-play wass forming. The safety on the bottom of the screen was supposed to shift and step up into the play — instead he stays back and allows the zone blocking scheme form. The defense simply were not put into the position to win. On top the corner blitzed, and I am surprised this was not a touchdown.

The one position in jeopardy would be weakside linebacker — the position of Jaylon Smith. Yes, he was put into some really bad situations last year but if coordinator keeps the same looks with Smith again this year, this defense may be in trouble.

Smith made some poor decisions in the run game which ended up giving the opponent very good field position early in games. He seemed to have a slow first step forward and that led to him being blocked out of the play and when he had a chance to bring the ball carrier down, he wouldn’t choose the correct pursuit angle, or he would end up letting the play bounce outside.

Jabril Cox, who Dallas selected with the 110th overall pick in the fourth round of the 2021 draft, has some attributes to his game that will be a breath of fresh air for the Cowboys’ defense. His pass coverage ability paired with his closing speed and size, he’s proven that he is a force to be reckoned with. It’s already known that he was an elite defender when dropping back into coverage in college. His awareness in the open field is usually something that translates seamlessly into the NFL. He will most likely be used in situations where he will cover any receiver motioning out to his side, like tight ends, running backs and slot receivers, and this will be in man and zone coverage. He is a quick pursuit style ‘backer with the ability to knock the ball free before the catch and after. What we need to know is if his run defense can hold up at the next level. Can he do what Jaylon Smith can’t?

If he continues to work on his hand-fighting when getting off blocks, he may have a chance of seeing a lot of playing time over Smith.

Cox is able to keep his outside arm free (forcing the ball carrier inside) keep his head up while hand fighting and then breaking down to make the play.

Once again, in the same game, he continues forcing the ball carrier inside which then his other defenders have a chance in helping him out to make the tackle.

Against Mississippi State, Cox did pretty well against the run even when the defensive look was uneven. He stayed in the gap forcing the ball carrier inside to his middle linebacker.

Over and over again throughout the season, we saw Cox have trouble getting off blockers, but as long as he is in the right place in the run game with his first step being forward, he has the ability to force ballcarriers inside to his teammates, and that really is the main goal of a weakside linebacker.