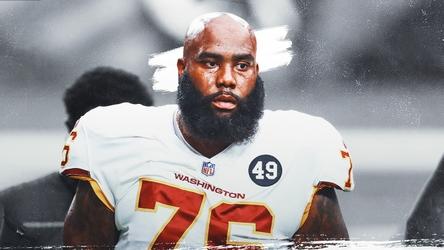 When Washington released veteran tackle Morgan Moses last month, the move raised eyebrows. With a reliable starter hitting the market and the Jets having the financial flexibility to potentially bring him in, they have been exploring the possibility. Moses has already worked out for the team, and they remain interested in signing him to a long-term deal.

The 30-year-old has never been to a Pro Bowl but is coming off arguably the best season of his career and is considered an upgrade over the Jets’ current starter at right tackle, George Fant. He won’t come cheap though, so they’ll need to weigh the pros and cons.

Moses would actually be a bit of a departure from the type of players the Jets have targeted for their offensive line over the past few years. Nearly all of them have had excellent athletic ability and a good record of on-field discipline. Moses, on the other hand, is a bigger tackle and his pre-draft workouts were poor – although he wasn’t 100 percent at the time.

In addition, he has been heavily penalized over the years, with his penalty count into double digits in three of his six years as a starter, including an NFC-leading 15 in 2018. Encouragingly, though, he only had six penalties last season.

These issues make you wonder whether Moses is an ideal scheme fit. While he’s considered an upgrade over Fant, the effect could be lessened if Moses doesn’t have the athletic ability to make the system work. The Jets presumably satisfied themselves of this during his recent workout if they’re still interested in him.

Every blocking scheme these days combines elements of man/power and gap blocking with zone schemes, but the primary difference between Washington’s system and that of the Jets is that Washington runs a lot of inside zone runs, whereas the Jets are expected to run a lot of outside stretch zone runs.

Scheme fit concerns are less of an issue in respect of the passing game, where essentially a tackle’s job doesn’t change much from system to system. Moses will be required to drop back and protect his quarterback and it’s something he does consistently well, albeit not at an elite level. With Zach Wilson about to undertake his rookie campaign, the upgrade here may be more important to the Jets than his scheme fit in the running game, where they can play to his strengths.

The next question is where does this leave Fant? The Jets signed him to a three-year deal for over $9 million per season last year, but now look set to take him out of the starting lineup if they bring Moses aboard. The Jets could try to cut his pay, as they recently did with Jamison Crowder, or even threaten to release him, but the team will probably want to retain him to improve its depth, especially in light of Mekhi Becton’s current foot injury.

While Moses should provide an upgrade over Fant, the Jets can also benefit from Fant starting those inevitable few games per season where a starter is hurt when they would have had to start someone like Chuma Edoga or Conor McDermott in the past.

If Fant moves into the swing tackle role, backing up both Morgan and Becton, the Jets can still get some extra value out of him as a jumbo package tight end. This was a role he played a lot in Seattle – and to good effect. The Jets don’t have a fullback and their tight ends aren’t elite blockers, so using Fant as a sixth lineman could appeal to them as a way of giving their running game another dimension.

There has been some suggestion that Fant or even Moses could move inside to guard. This seems highly unlikely. Moses isn’t joining the Jets to change position and Fant is a converted tight end who never played inside in the NFL or college.

Aside from his on-field ability, one of the main attributes that may attract the Jets to Moses is his durability. He has started 96 games in a row, a level of reliability the Jets haven’t seen since their own former Virginia tackle, D’Brickashaw Ferguson, started 160 straight games between 2006 and 2015.

With all the chopping and changing the Jets had to do on the offensive line last year, you can immediately see the appeal of being able to plug someone in who you can usually rely upon to be a mainstay. This hopefully should make it easier for the offensive line to gel and assimilate rookie Alijah Vera-Tucker into the group.