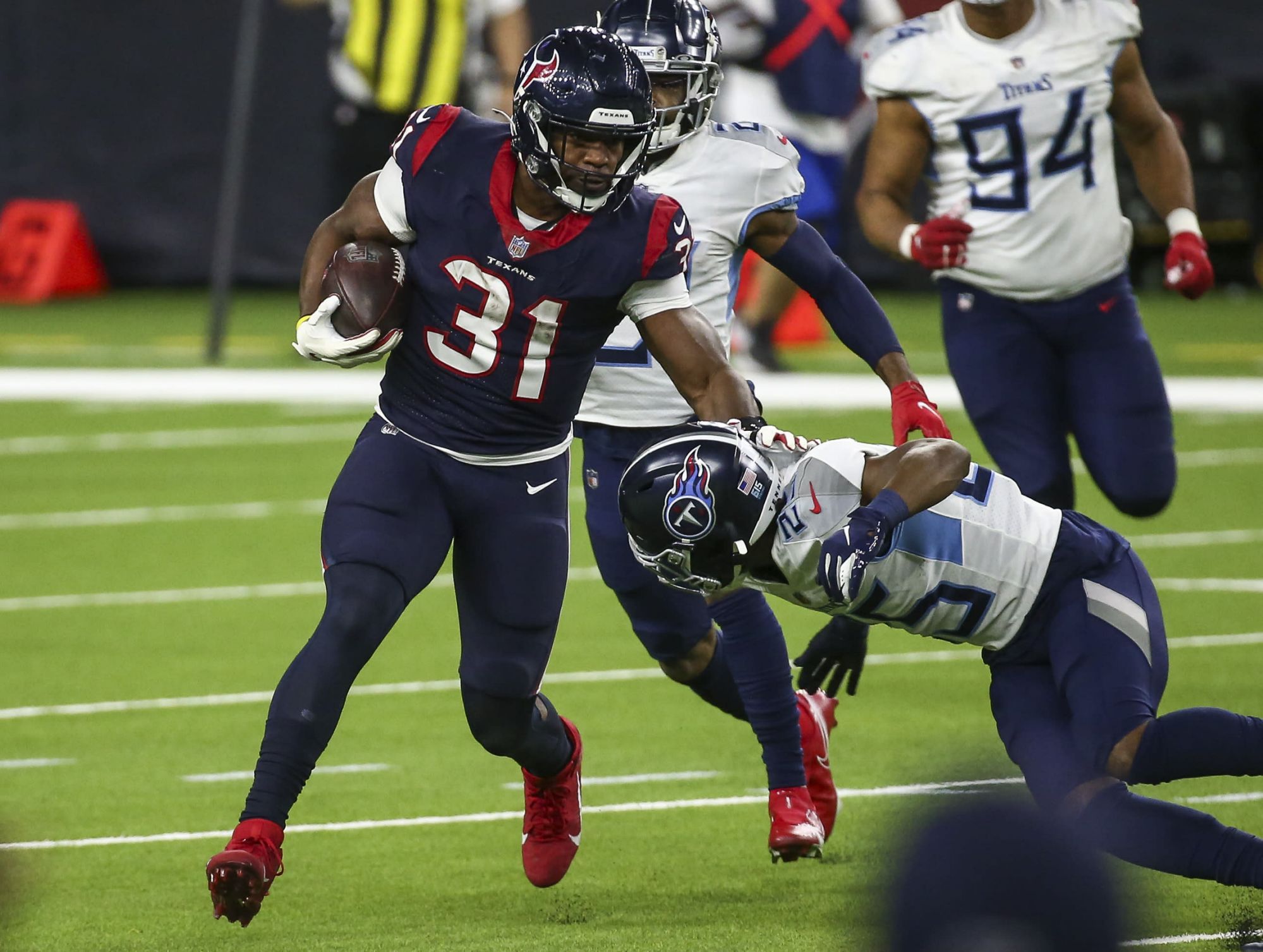 Count David Johnson as one of the NFL players who is against the league adding a 17th regular season game.

The Houston Texans running back spoke about the issue during a meeting with the Houston media over Zoom on March 29, and how he has one of the voices of dissent within the players’ union about the extra game.

“I don’t believe in it,” Johnson said. “I don’t agree with it. I was one that was advocating against it during our NFLPA summit. It’s tough because obviously the fans and everyone is excited to see more football, but as football players — especially as a running back — towards the end of the season it’s tough to get through injury-free and all the nicks, all the bruises and being bruised up.”

Johnson missed four games in 2020. Although one of them was due to being a COVID-19 close contact, the other three were related to a concussion sustained after a Week 9 win over the Jacksonville Jaguars. The Texans placed on Johnson on injured reserve, and he was out for the next three games.

Johnson’s new teammate, offensive tackle Marcus Cannon, who was acquired in a trade with the New England Patriots, hadn’t thought about all of the ramifications of a 17th game when asked about it on March 29.

“I haven’t really thought about that,” Cannon said. “This is the first news I’m hearing about it and I don’t know if I’m in the position to comment on that. I love playing the game, so whatever rules they put out there and however we have to go about them, that’s what I’m going to do.”

Johnson’s opinion is well thought out, and the former All-Pro running back is not for it.

“That extra game is going to make it obviously tougher,” said Johnson. “I think it’s not in the best interest of the players as a whole, so I think it’ll be tough for us, for sure.”

Carolina would visit Houston in 17th game of 2021: A look at the Texans vs. Panthers series history