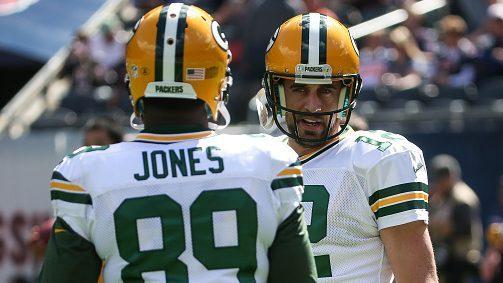 Former Packers wide receiver James Jones believes that Aaron Rodgers ultimately will get on the same page with the Packers’ front office and play in Green Bay this season.

“I truly believe that he will be there for training camp, this will get fixed, and I think the relationship will get much better between him and the GM,” Jones told Colin Cowherd.

So why is Rodgers not participating in the Packers’ mandatory minicamp this week?

“His No. 1 beef is a private conversation on the phone that I can’t share with you,” Jones said.

The closest Jones would come to explaining what exactly Rodgers is upset about was an indication that Rodgers’ frustration with the Packers cutting receiver Jake Kumerow extends to other players they’ve let go as well. Jones said Rodgers doesn’t object to drafting Jordan Love but does object to cutting Kumerow, Jordy Nelson and other favorite teammates.

It may be too late to bring back Kumerow or Nelson, but Jones thinks it’s not too late for Gutekinst to convince Rodgers that going forward, the Packers will be a team he wants to play for.

James Jones: I talk to Aaron Rodgers all the time and I think he’ll be at training camp originally appeared on Pro Football Talk