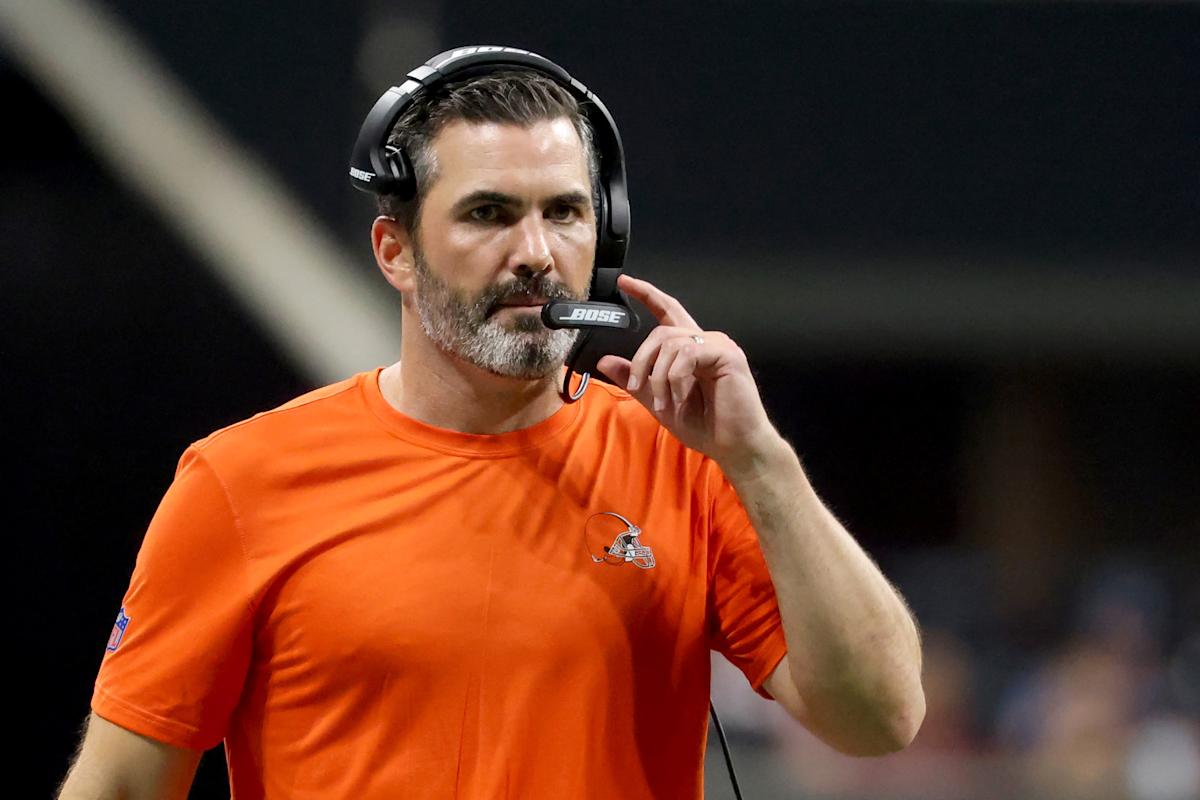 If you take a deep dive into the history of the Associated Press NFL Coach of the Year Award, the biggest takeaway is that this is clearly a narrative award. It’s not about who had the most wins, but rather who had the best story. That makes sense — after all, the people who vote on this award write stories for a living.

When author and professor Joseph Campbell introduced The Hero’s Journey in his book The Hero with a Thousand Faces, he was doing more than just popularizing a concept which would influence future storytellers like George Lucas and Dan Harmon. He was also providing us with a blueprint for how to win COTY: a hero heeds the call to adventure, navigates an unfamiliar situation, is victorious against all odds, and returns home changed or transformed.

Here are the “heroes” from the past few seasons:

Three of the last four COTY winners took their teams to the playoffs (an unspoken requirement for the award) in their first year as a head coach. Twelve other clubs had a record better than or equalling the 11-5 Cleveland Browns, who finished third in their division, but Stefanski ended a 17-year playoff drought for The Land.

Harbaugh’s 2018 Ravens went 10-6 and won their division, so what’s so compelling about him winning it again in 2019? Well, he built his 2019 team around Lamar Jackson after getting embarrassed by the Chargers in the 2018 playoffs. Virtually everyone thought it was a foolish idea, which was reflected in the +5000 odds the Ravens and Jackson were given to win the championship and MVP, respectively. Jackson proceeded to streamroll the league in 2019, scooping up every MVP vote and leading the Ravens to a 14-2 regular season record, before losing in an upset to the Tennessee Titans in the Wild Card Game.

In his first year as a head coach, Nagy went 12-4 and won the NFC North with Mitch Trubisky at quarterback, securing a playoff spot for the Bears for the first time in eight seasons.

Another first-year head coach, McVay took over a Rams team that went 4-12 in 2016 and transformed them into an 11-5 division winner. Not only had the franchise not been to the playoffs for the previous 12 years, but they hadn’t even ended a single season with a winning record.

By identifying this year’s best potential stories which have the best chances of materializing, we can pinpoint the candidates who have the best shot at winning COTY.

Newbie head coaches who deliver their teams into the postseason are near-locks to win COTY. Out of this year’s crop, Staley is the best-positioned to make that happen, which is why he’s the betting favorite at BetMGM. The former Rams defensive coordinator moves from Los Angeles to Los Angeles, but his road to the playoffs will be much longer than that, as the Chargers open with a pretty brutal first seven games. I love the quarterback and offense he’s been gifted, but there’s not enough value in these odds for me.

Tom Brady leaves town and the Patriots suffer their first losing season since 2000. Surely, this must be the end, right? Or maybe it’s the beginning of a new chapter, featuring another slightly chubby rookie quarterback with impressive accuracy. I’m betting a small taste on the GOAT who’s still in New England.

The Niners enjoy the easiest schedule in the NFL and their offense is going to be a nightmare to defend. If Shanahan can make the QB platoon work, or, better yet, win 13+ games and the toughest division in the league with rookie Trey Lance, he has a decent shot at winning COTY. Another small taste for me at +1400.

We’re about to find out whether the problem in New York was Adam Gase or Sam Darnold, because this offense is absolutely stacked. Goodbye, Frank Gore, Braxton Berrios, and Breshad Perriman. Hello, Christian McCaffrey, D.J. Moore, Robby Anderson (again), and Terrace Marshall Jr.

The Panthers have one of the easiest road schedules and the sixth-easiest overall schedule. Combine all that with a young defense full of playmakers like Brian Burns and Derrick Brown, and Rhule has a chance to hang double-digit wins following a 5-11 season. If he rejuvenates Darnold and they make the playoffs, this award will belong to Rhule. It’s worth a sizable bet at +2000.

Is there any team who has a better possible narrative this year than the Saints? Just a week away from kickoff, they’re homeless, we have no idea when star receiver Michael Thomas is coming back (or what he’ll be like when he does), and Jameis Winston is stepping into Drew Brees’s shoes. Payton is one of the best coaches in the NFL and even though this roster may not have a lot of household names, this is a solid team that will be able to grind games out on both sides of the ball with a top-four offensive line and a top-eight defensive line. This is my favorite bet on the board for NFL Coach of the Year.