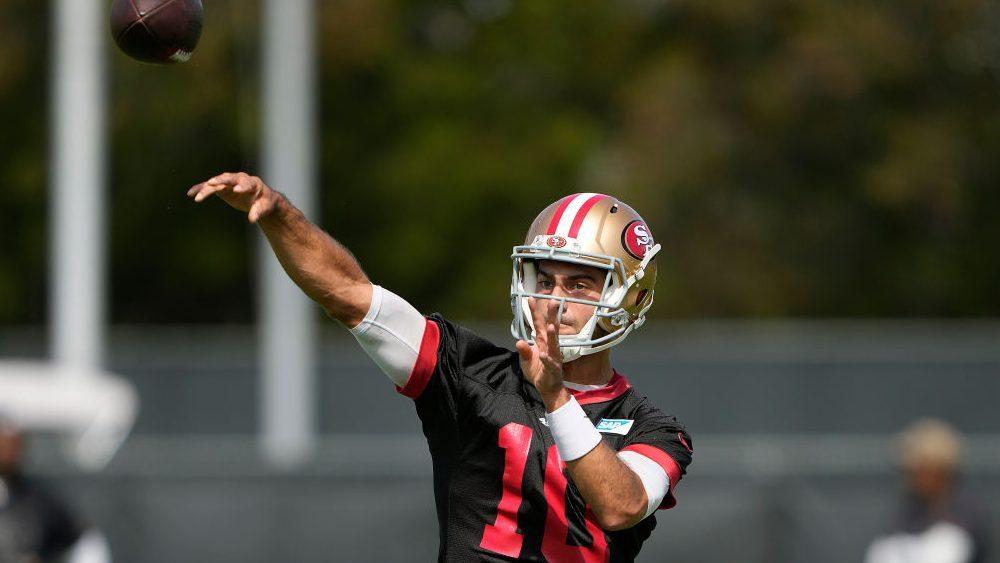 The 49ers wouldn’t have traded up for Trey Lance in the 2021 NFL draft if they didn’t plan for him to replace Jimmy Garoppolo as their starting quarterback. But that doesn’t mean it will happen in Lance’s rookie training camp.

Shanahan told Peter King for Football Morning in America that he can’t say precisely when Lance will be the 49ers’ starter, but he does think Garoppolo at his best will be able to beat out Lance or any rookie.

“In this business, if you’re trying to plan out the next six months and say, ‘Where’s it going?’ that’s a mistake,” Shanahan said. “You can’t do it. What I told Jimmy right when we made the trade is, ‘I don’t know any rookie who can come and beat you out if you’re playing at his best self.’ I didn’t necessarily think he was there last year at training camp. Then he had the injuries and stuff. But right now I see him playing well out here. If he can continue to go that way, that’s great for Trey. That’s great for our team. Then Trey can wait till he’s at his best self, which doesn’t happen overnight.”

So when might Lance move ahead of Garoppolo on the depth chart? Shanahan said, “I truly don’t know what’s going to happen here.”

Garoppolo has played very well at times in San Francisco, and has led the 49ers to a Super Bowl. If he can play at that level this year, Lance will spend a long time on the bench.

Kyle Shanahan: If Jimmy Garoppolo plays his best, I don’t know if any rookie can beat him out originally appeared on Pro Football Talk