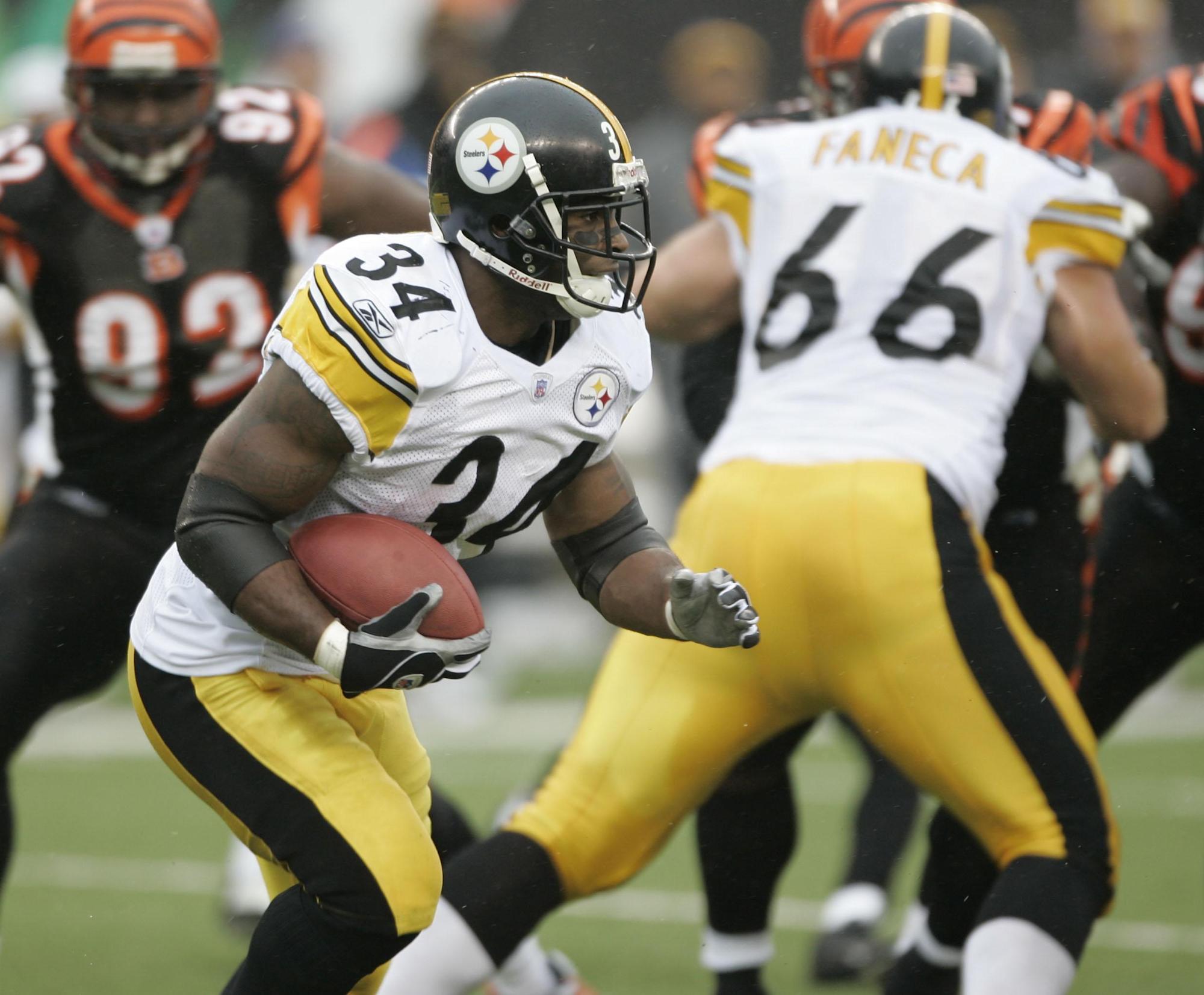 After months of speculating by draft experts and fans alike, we’re just a few days away from the 2021 NFL draft and finally knowing what the Pittsburgh Steelers do with the No. 24 pick.

Many believe their first selection will be a running back — a position the Steelers have been weak at since Le’Veon Bell left.

If the pick is a running back, don’t expect him to be in Pittsburgh for very long. It’s been more than a decade since the Steelers signed a back to a multi-year contract. According to NFL Network’s Aditi Kinkhabwala, it was Verron Haynes.

The Steelers re-signed Haynes after Willie Parker broke his leg later that season, but he only appeared in one game.

By the time Haynes left Pittsburgh, he had accumulated 174 attempts for 738 yards and three touchdowns.

It’s not just reserve running backs the Steelers don’t invest many seasons in. Franco Harris, who retired in 1984, is Pittsburgh’s longest-tenured running back with 11 seasons.