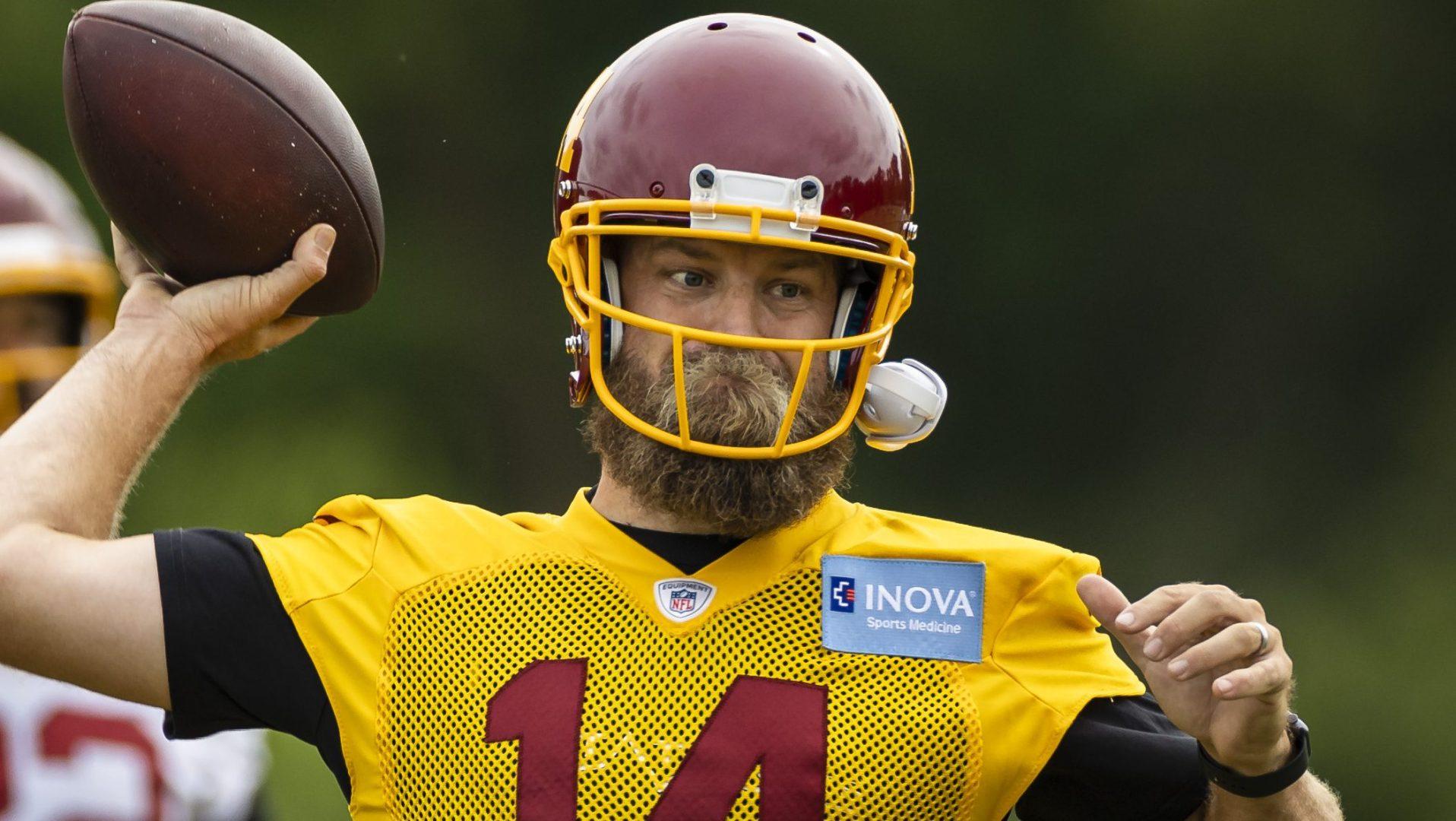 Ryan Fitzpatrick has been the starting quarterback for the Rams, Bengals, Bills, Titans, Texans, Jets, Buccaneers and Dolphins. Now he’s with the Washington Football Team, and he says he’s having no trouble fitting right in on his ninth team.

“There are certain things that maybe it is easier for me to switch teams than other guys because I’ve done it so many times,” Fitzpatrick said, via ESPN. “I’ve been through the process.”

Fitzpatrick said he’s quickly learning the language of his new offense and serving as a leader in Organized Team Activities.

“Communication is a huge thing,” Fitzpatrick said. “When that communication gets crisp, you can play faster and that puts a lot of pressure on the defense. I have a lot of discussion with the guys up front. I’m the one having to catch up right now with what they’re doing.”

On eight different teams, Fitzpatrick has figured out how to communicate with new teammates. On Team 9, he knows how it’s done.

Ryan Fitzpatrick: It’s easier for me to switch teams because I’ve done it so many times originally appeared on Pro Football Talk