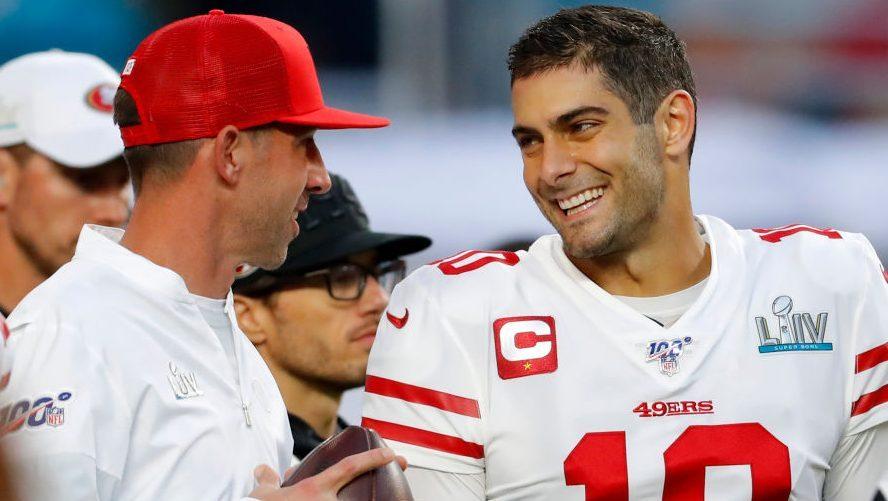 Despite trading three first-round picks to acquire quarterback Trey Lance, 49ers coach Kyle Shanahan said after Thursday night’s first round that Jimmy Garoppolo remains the starting quarterback, and it would be tough for Lance to beat him out.

Shanahan referred to Lance as “a very good backup” in an interview on ESPN and said the starting job is Garoppolo’s.

“It’s going to be very hard for a rookie to come in and beat Jimmy Garoppolo out. He’s a very good player,” Shanahan said. “That’s why I like the situation that we are in. Now, we’ll see where Trey’s at. We’ll see how he does at OTAs. I love that we’re getting those. I love that he’s going to be here tomorrow. But Jimmy’s our quarterback right now.”

Obviously, the 49ers didn’t give up three first-round picks for a backup. Lance was drafted to be the starter. But Shanahan continues to insist that Lance will only be the starter when and if he proves he’s better than Garoppolo.