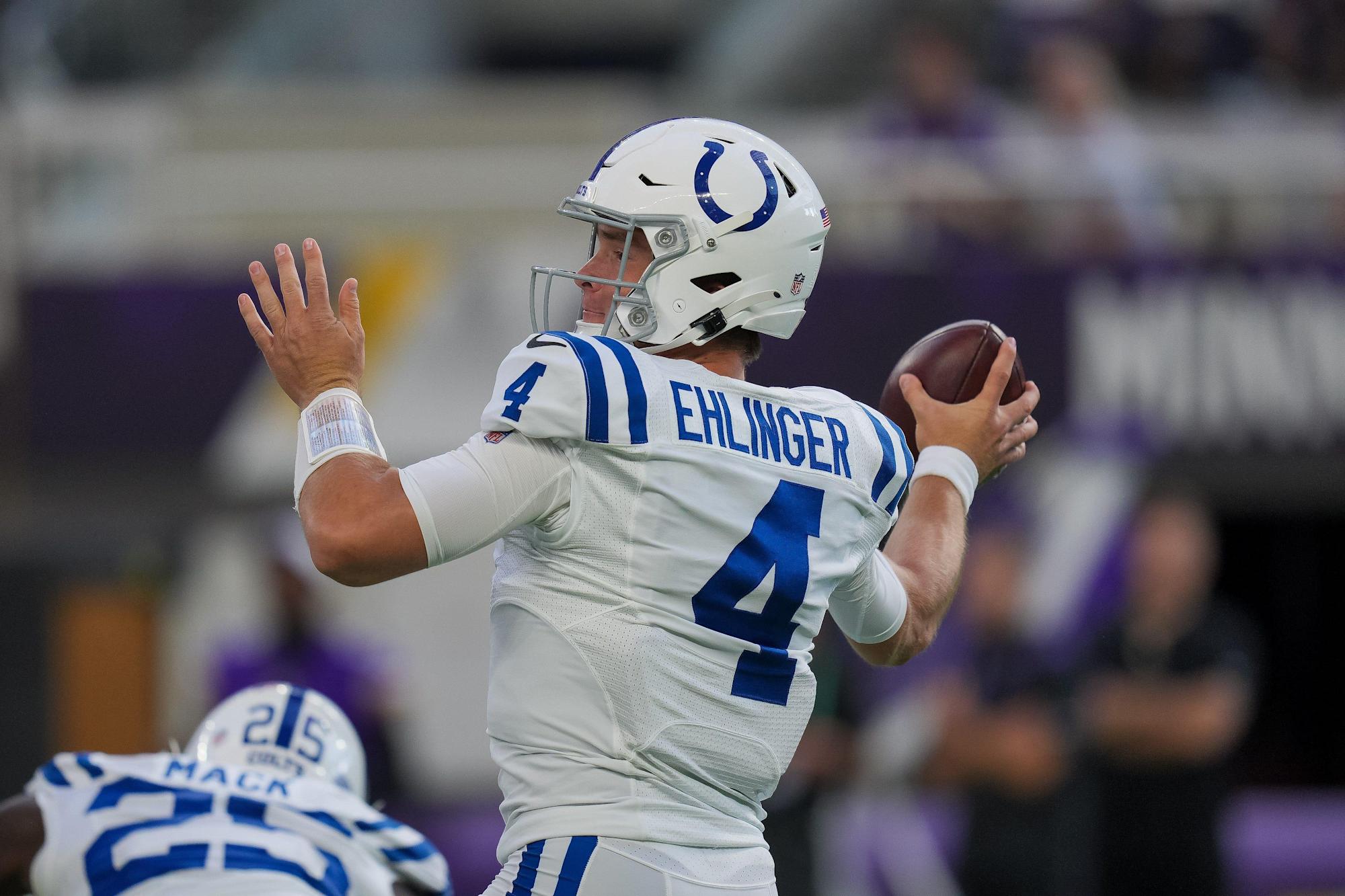 Indianapolis Colts backup quarterbacks Jacob Eason and Sam Ehlinger entered Saturday night’s preseason game in Minnesota with a chance to make a statement. Coach Frank Reich said he’d like to name the winner of their competition ahead of next week’s game in Detroit, which meant that a standout performance Saturday might have been enough to tip the scales.

Maybe Reich saw what he needed to during the Colts’ 12-10 win over the Vikings at U.S. Bank Stadium, but it’s doubtful. Neither quarterback looked nearly as sharp as they did during the debuts last weekend against Carolina with Ehlinger tossing a pair of interceptions and leading the Colts offense to just six points in one and a half quarters.

Eason, meanwhile, completed just 59.3% of his passes and could only lead the Colts offense to six points in his two and a half quarters.

While playing exclusively with Colts starters, Ehlinger finished 8-for-13 for 70 yards with those two picks to go along with 11 yards on two carries. Eason meanwhile was 16-for-27 for 132 yards.

It should be noted that each quarterback produced some stellar moments. Ehlinger eluded pressure well in the pocket and showed off his scrambling ability early. And while Eason could stand to use a little more touch on occasion, he used his rocker right arm to complete passes into some tight windows.

Overall, though, the Colts had to be hoping to see more from one or both of their backup quarterbacks.

It’s hard to put all of the blame on Ehlinger for either of his interceptions. On the first, his pass was tipped at the line of scrimmage, which definitely changed the spin and probably the trajectory of a slant to Parris Campbell. The throw ended up sailing high and off Campbell’s hands, into the waiting arms of linebacker Troy Dye, who returned it 33 yards for a Vikings touchdown.

While the interception might not have been his fault, it certainly put a spotlight on Ehlinger’s height. At 6-1, he’s shorter that most quarterbacks and just about all offensive and defensive linemen. That’s not something quarterbacks can’t overcome, but it is something that can be challenging.

On Ehlinger’s second interception, wide receiver Ashton Dulin seemed to stop his slant route, with a Vikings defender making a nice play to deflect the ball up into the air and into the arms of Jordon Scott.

After Ehlinger left the game with those two interceptions on his ledger, it felt like Eason had a chance to leave Minnesota with the backup job in hand. Instead, a few of his familiar problems flared up.

He fired missiles at receivers when a little touch was called for. Rookie tight end Kylen Granson could be docked for a pair of drops Saturday night, but at least one of them would have been helped by Eason using a little bit of a lighter touch.

Speaking of Granson, his other “drop” came when Eason put a ball behind the rookie tight that he couldn’t haul in. Maybe he should have caught it, but if Eason had led him, Granson would have had a much easier time making the grab and converting a first down on third down.

Eason did make some excellent throws during the game, showing off his powerful arm on a deep corner route to Jordan Thomas and a back-footed 9-yard comeback to rookie Michael Strachan. But overall, he lacked the consistency the Colts would like to have seen.