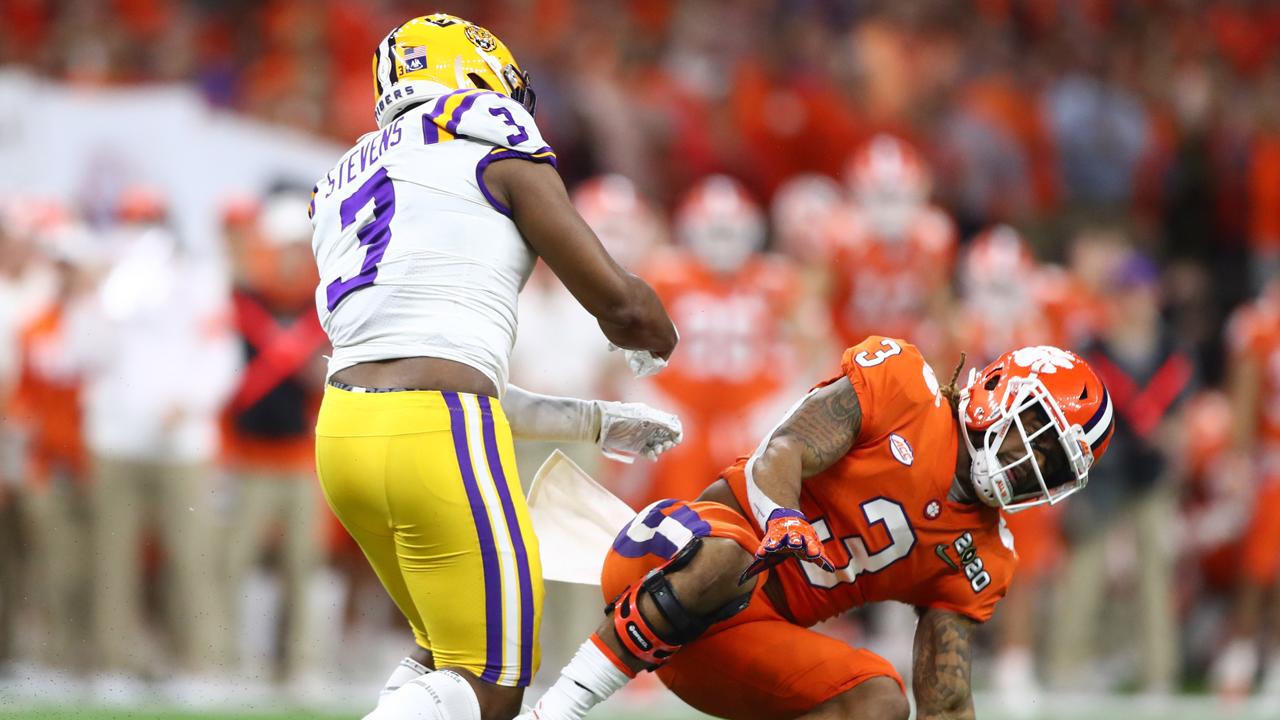 The Eagles were back at practice on Wednesday morning and were in full pads for the second straight day.

It was a veteran day off, which meant Fletcher Cox, Jason Kelce, Lane Johnson, Zach Ertz and Darius Slay did not practice.

• Ryan Kerrigan (thumb) was a limited participant on Wednesday after sitting out Tuesday’s session. He got a day off on the last veteran rest day but after missing Tuesday, did some work on Wednesday.

• Linebacker Davion Taylor (calf) is now week-to-week, according to the Eagles. He already had a quad injury. This is a shame for Taylor, who had been getting consistent first-team reps this summer.

• Andrew Adams is officially off the Reserve/COVID-19 list and Alex Singleton is getting closer. He was on the field for the first time this summer but isn’t back at practice yet.

2. The best defensive play of the day came from rookie safety-turned-linebacker JaCoby Stevens, who got some first-team reps as defensive coordinator Jonathan Gannon continues the linebacker rotation. The rookie sixth-round pick from LSU dropped into coverage and picked off a ball across the middle. Jalen Hurts never saw him.

As Stevens explained, listening to coaches can pay off:

“For that to happen on a day like this, leading into next week, about to start preseason games and joint practices, it was kind of a relief. It was basically: Coaches know what they’re talking about so listen totem.

3.  Just after the pick, Hurts redeemed himself. The best offensive play of the day came from second-year receiver John Hightower in team drills. Hurts put up a beautiful pass down the left sideline and Hightower made a spectacular catch over rookie Zech McPhearson, who was in good position.

Over the last couple days Hightower has been making some plays. This is a very tight competition for the last spot or two at receiver and I think Quez Watkins is firmly ahead of Hightower. But catches like this one will help Hightower’s cause.

Unfortunately for Hightower, a few plays later he was flagged for a clear hold. That’s been the problem with Hightower. Flashes of good stuff but not enough consistency.

4. Nick Sirianni ripped into Jalen Reagor really hard during a team portion of practice. It was as animated as I’ve seen Sirianni, who really let Reagor hear it after a mistake. A little later, I saw Sirianni have a much calmer conversation with Reagor after that period of practice was finished.

Reagor on Tuesday said he likes that the new coaching staff, Sirianni specifically, keeps him accountable. We saw that in action today.

5. I did have one other Reagor note. Saw another quick pass that was set up like a screen to Reagor. That’s going to be a big part of his game in this offense, especially because the Eagles have the offensive linemen to get down field and spring those for big gains.

• Andre Dillard got his day with the first-team at left tackle; he’s rotated with Jordan Mailata every day. Dillard had his hand wrapped after suffering an injury the day before. Without the four other starters (injuries and rest), the Eagles’ OL looked like this (from left to right): Dillard, Nate Herbig, Luke Juriga, Matt Pryor, Jack Driscoll.

• A day after one heckuva performance, rookie McPhearson lined up as the outside corner opposite Steve Nelson. Yes, Slay was not practicing on Wednesday, but it appears that McPhearson has passed Michael Jacquet on the depth chart. McPhearson had another very good day of practice.

• Milton Williams got some first-team reps at defensive end and also at defensive tackle. He’s been working both positions in his first training camp.

7. The Eagles’ 7-on-7 period was in the red zone on Wednesday. The first team had five snaps; Hurts went 3/5 with two touchdowns.

After that, Joe Flacco was 2/3 with the second team, finishing off with a touchdown to J.J. Arcega-Whiteside. And Nick Mullens was also 2/3 with the threes.

8. Sanders had that drop in 7-on-7s and he also had a bad on during Tuesday’s practice. Both were ones he absolutely needs to bring in. Sanders had a fantastic rookie season catching the ball but last year he struggled in that area, dropping several passes last year. ProFootballFocus had him with eight drops last year. He needs to clean that up.

9. Veteran safety Andrew Adams practiced for the first time and had an active day. He looked good after missing the first six practices of the summer. He had a TFL on Kenny Gainwell and later had a nice pop on another offensive player. I didn’t have him on my last 53-man roster projection, but he is off to a good start.

10. On the final practice period of the day, the Eagles put the ball at the 1-yard line for some goal line work and I was excited to see it play out. I thought maybe there was a chance they’d go live (tackle to the ground) but they went the other way. It was basically walkthrough speed, not even thud. Oh well. Maybe they’ll tackle one day later in camp; Sirianni was undecided on Tuesday.

Stupid Observation of the Day: One of the best traditions of camp since it moved back to the NovaCare Complex is watching the rookies fetch water ice for their veteran teammates. It happens every day.