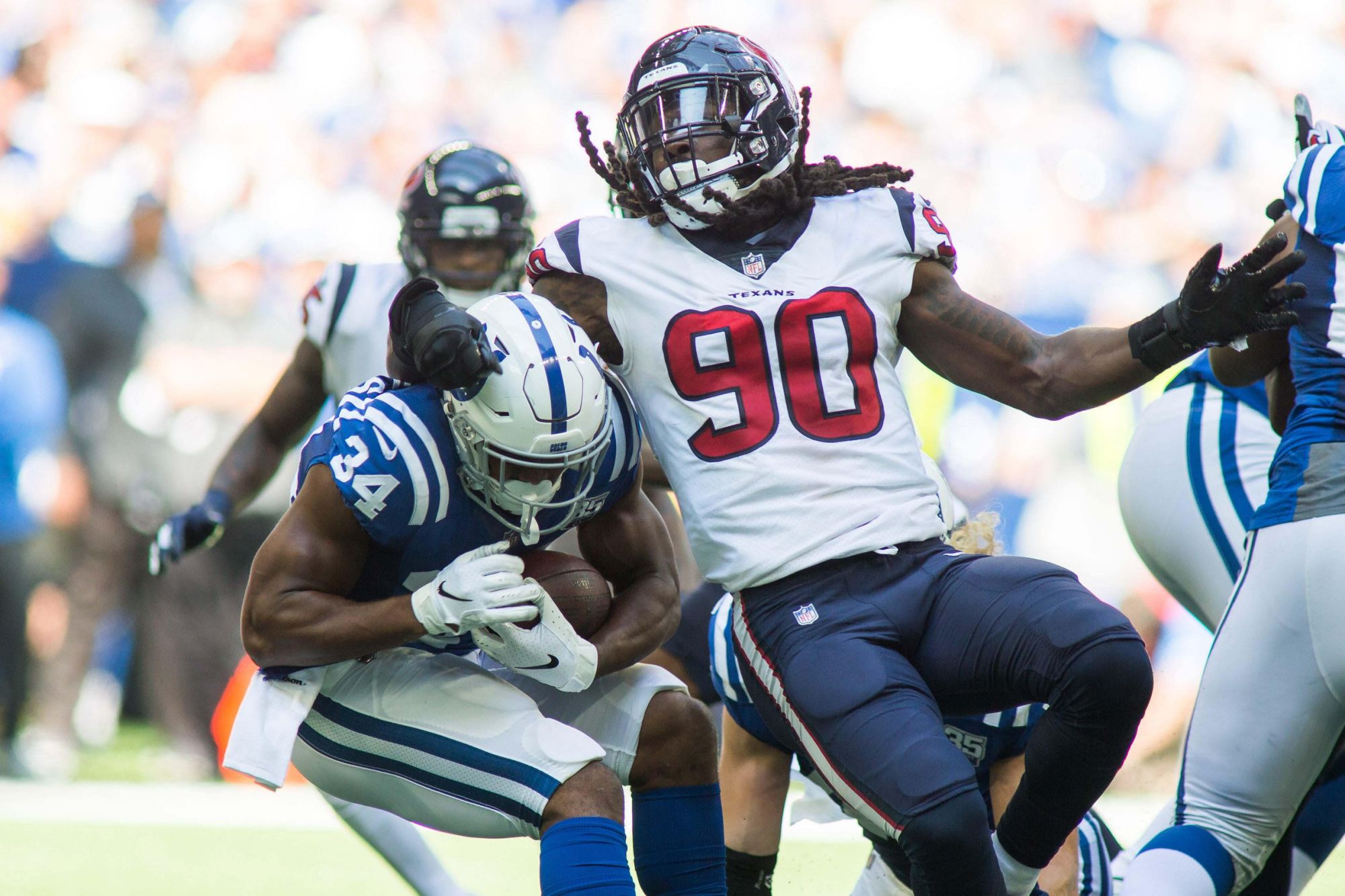 The outlook of the Houston Texans and the career of their former 2014 No. 1 overall pick, Jadeveon Clowney, have something in common: the silver lining is not very evident.

The Texans are having one of the worst offseasons in the league. They’ve said goodbye to the greatest player in their franchise history, J.J. Watt, and made what many consider to be the weakest coach signing in former Baltimore Ravens passing game coordinator David Culley.

Oh and, in case you didn’t know, their franchise quarterback, Deshaun Watson, demanded a trade from Houston after citing concerns regarding chairman and CEO Cal McNair and the latest general manager hire, Nick Caserio. This is all before addressing the 16-plus sexual assault allegations that have been made against Watson the last 216 hours.

The team has certainly made some nice signings and trades in the acquisitions of cornerback Desmond King, running back Phillip Lindsay, and defensive end Shaq Lawson. However, the Texans will certainly be a popular pick to finish last in the AFC South barring a miracle change of heart from their star quarterback.

In the past two years, Clowney has played in 21 games between his time in Seattle and with the Tennessee Titans. In those 21 games, Clowney has mustered 3.0 sacks and 11 tackles for loss. All of those sacks were during his 2019 campaign with the Seahawks.

Suddenly, a star defensive player that many criticized Bill O’Brien for refusing a long-term extension, has a more limited than anticipated NFL market. Clowney recently completed a visit to the Cleveland Browns, however he returned without a contract.

Things aren’t looking great for Clowney and they certainly aren’t looking good for the Texans. Fortunately, this may be one of those rare occasions where both parties could benefit from getting back with their ex.

The Texans desperately, desperately need pass rushers. They are transitioning to new defensive coordinator Lovie Smith’s notorious 4-3 scheme and the best pass rusher on the team, likely Lawson, only had 4.0 sacks in 2020. After that the depth chart features fan favorite Jacob Martin, the ghost of Whitney Mercilius, and former third round pick Jonathan Greenard.

At 6-5, 255 pounds, Clowney has the size to put his hands in the dirt and play defensive end for Smith’s 4-3. He’d immediately be the most talented defender on the team and would be a welcome addition by fans during what has been a tumultuous off-season.

Yes, Clowney only had 19 total tackles in 426 snaps last season for the Titans. It doesn’t matter. This team is desperate for talent and could use a familiar face for what is certain to be a trying season.

Come home, Clowney. Houston needs you more than ever.