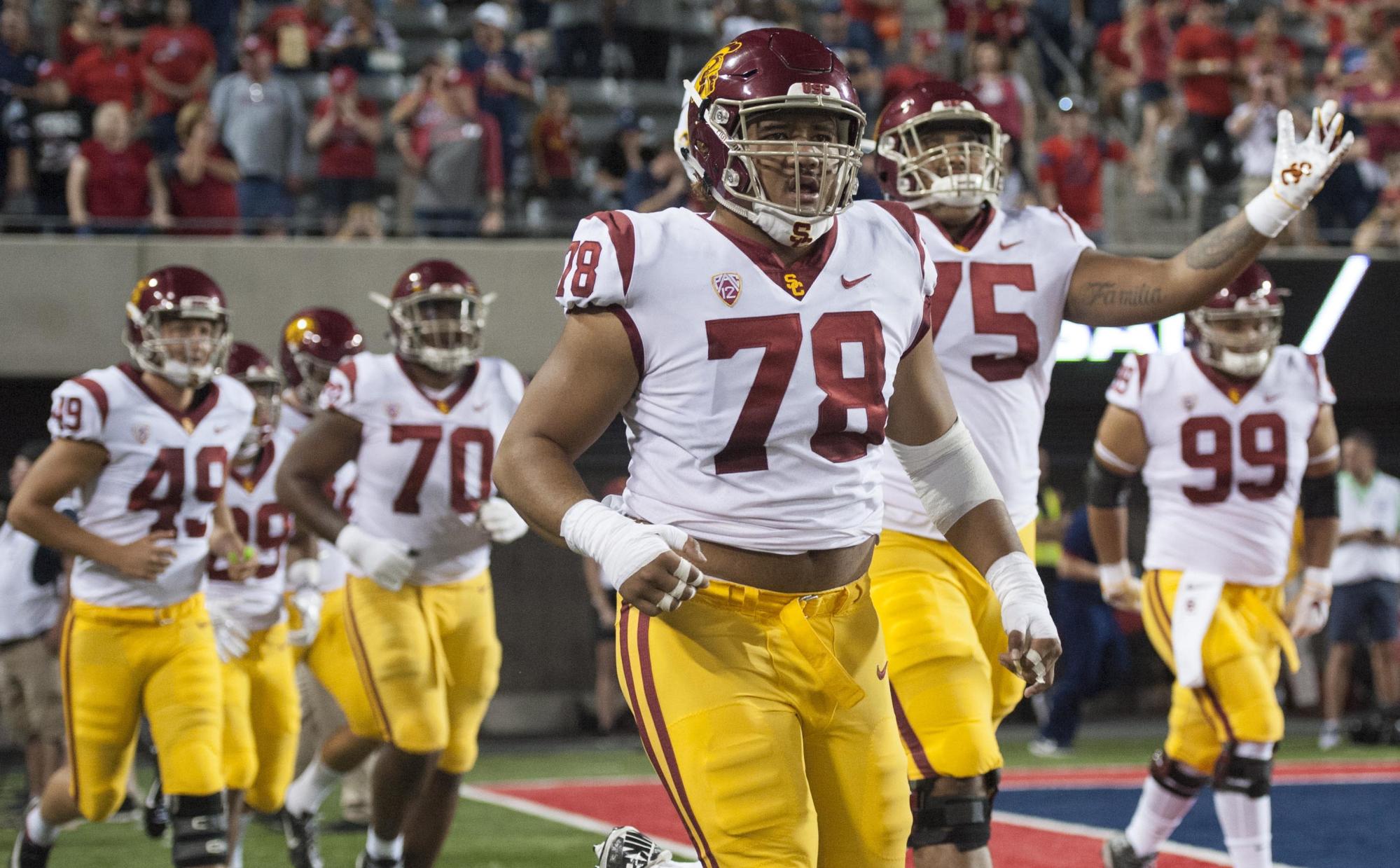 The Jacksonville Jaguars now have fourth-round defensive tackle under contract Jay Tufele, making it four draft selections for the 2021 class to sign with the team. The team announced the deal Friday, a day after coming to terms with fifth-round pick Luke Farrell.

Tufele, 21, was the 106th selection of the 2021 NFL Draft out of Southern California. While there, he made an appearance in 12 games in 2018 and was a starter for 13 contests the following year. However, in 2020, Tufele elected to opt-out with the coronavirus giving collegiate players the option to do so, and turned his focus to the 2021 NFL Draft.

During the two seasons in which he saw the field with the Trojans, he accumulated 65 tackles (11 of which were for loss) and had 6.5 career sacks.

Tufele will join a defensive line full of veterans to help guide him like Roy Robertson-Harris, Malcom Brown, and Jihad Ward — all of whom were signed this offseason. He will also have some young players to learn alongside like second-year linemen Doug Costin and DaVon Hamilton.

With Tufele under contract, he joined fellow rookies Jordan Smith, Jalen Camp, and Farrell as the Jags’ first four signees from the 2021 class. The team still has five picks to sign in first-rounders Trevor Lawrence and Travis Etienne, second-rounders Tyson Campbell and Walker Little, and third-rounder Andre Cisco.