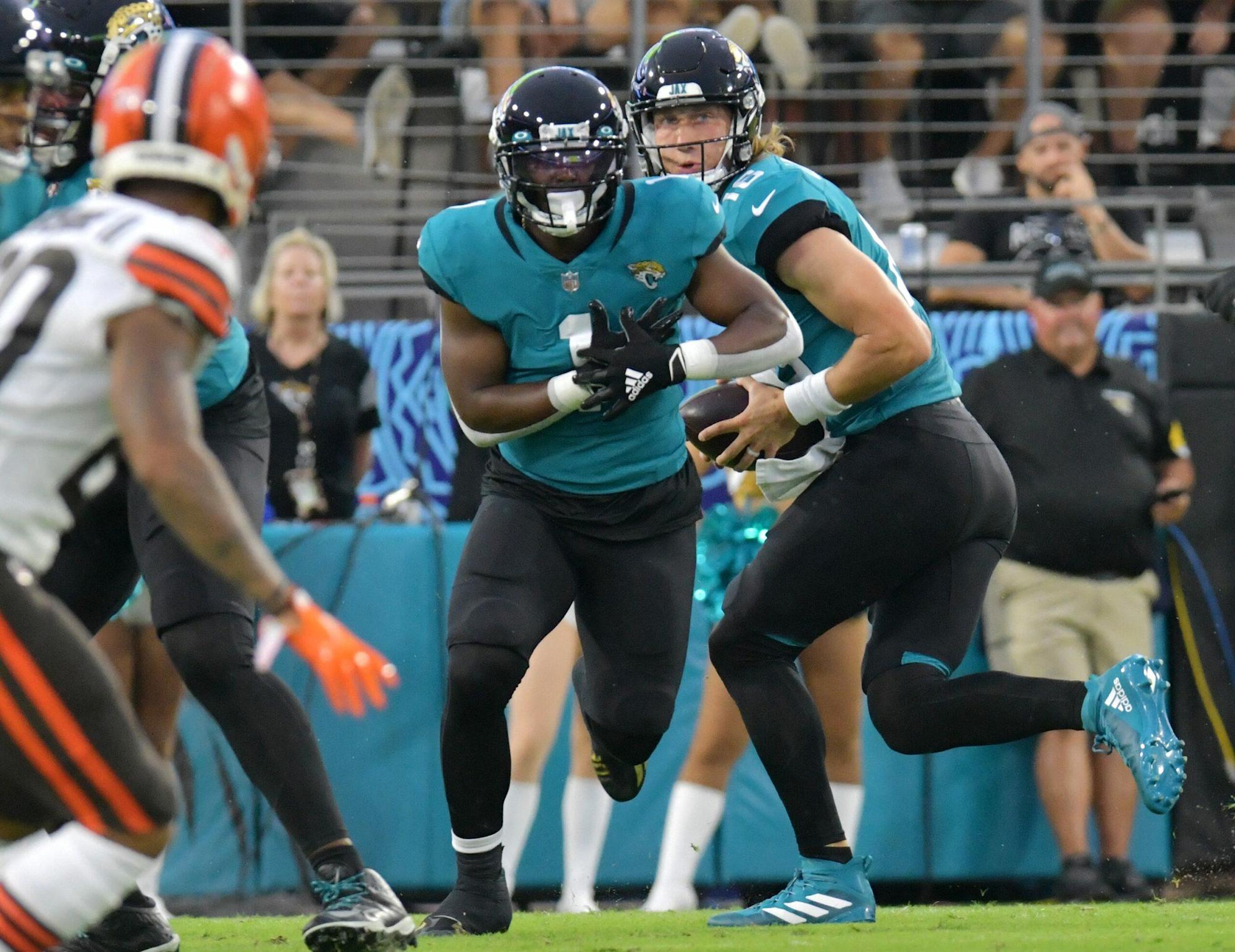 Jacksonville Jaguars running back Travis Etienne, who the team selected with the 25th overall pick in the 2021 NFL Draft, exited in the first half of the team’s preseason loss to the New Orleans Saints on Monday night with a foot injury. He was listed as questionable to return, but his night ended at that, as many expected. He finished with just three yards in what has been a lackluster showing through three games.

After the game, coach Urban Meyer confirmed that Etienne sprained his foot and the severity is unknown, meaning his preseason may be over. According to a report from ESPN’s Adam Schefter, Etienne was spotted in a walking boot after the game and will undergo tests in Jacksonville.

Schefter added that according to his source, Etienne suffered a mid-foot sprain and will be out indefinitely.

Meyer also made note of two more players after the game. Marvin Jones, who had 41 yards on four catches, was shaken up a bit early in the game, but Meyer said he was “fine.”

Meanwhile, left tackle Cam Robinson was revealed to have a sprained ankle which held him out of the game. Robinson was expected to play on Monday night, but rookie Walker Little started the game in his place. Little struggled significantly, underscoring Robinson’s importance once the games that matter roll around.

All three of these players are guys that are expected to see significant reps during the regular season, and the Jaguars will hope that these injuries aren’t too severe.