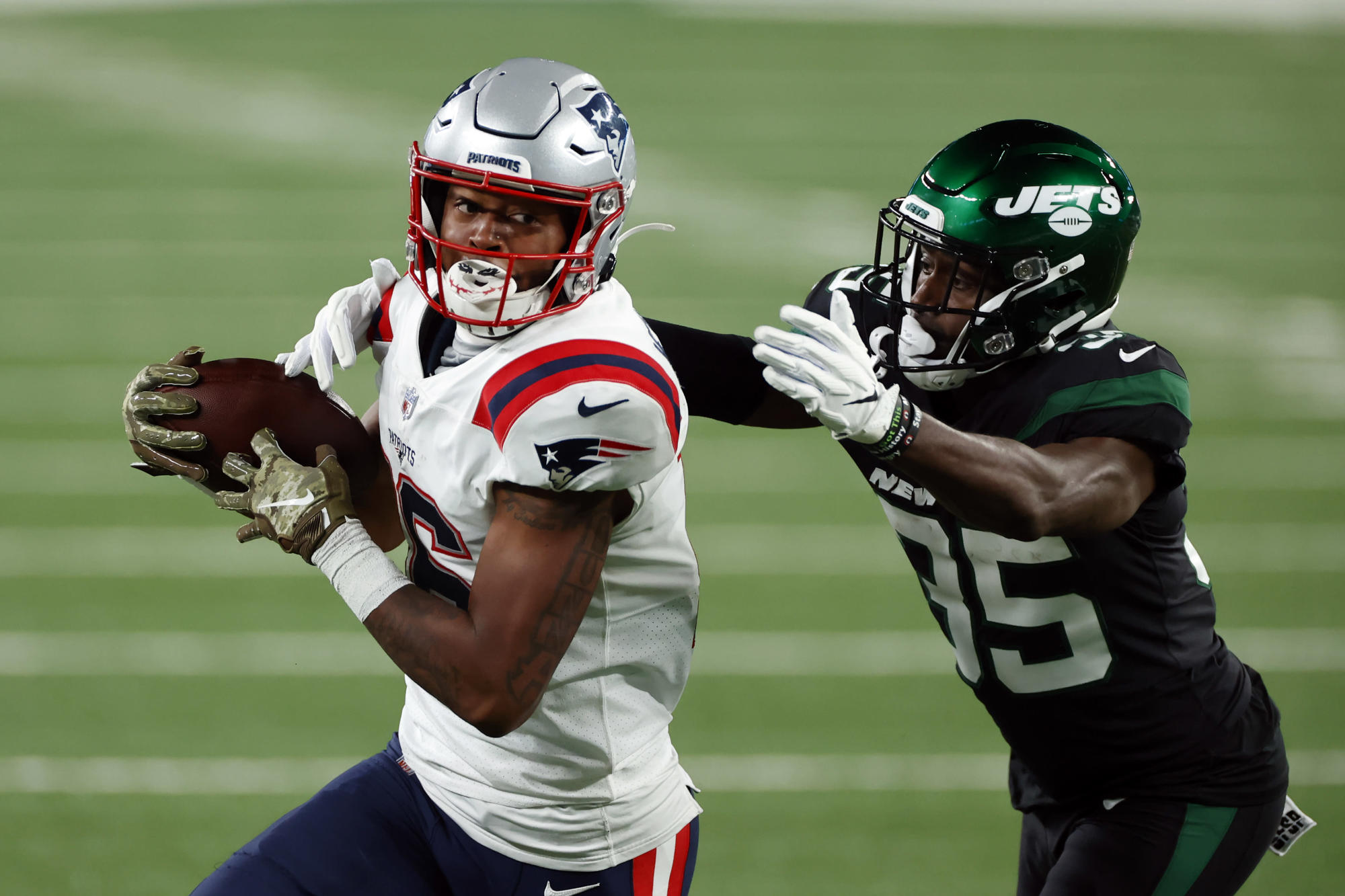 The New England Patriots do not have a clearcut No. 1 receiver for the 2021 season. Because the team spent so much money on two tight ends in free agency, paying Hunter Henry and Jonnu Smith $12.5 million per year per player, the Patriots seem OK with deemphasizing the wideout position.

But there has to be one wideout who gets the most snaps — or the most receptions (or both). It’s very likely that receiver will be Jakobi Meyers. New England seemed to hold back Meyers on the depth chart at the start of last season, favoring Damiere Byrd, Julian Edelman and N’Keal Harry. Because those players got plenty of work and Meyers didn’t top 11% of the offensive snaps in the first six weeks, his production saw a slow start.

His final statistics on the season look… pretty underwhelming. He led the team in receptions (59) and receiving yards (729) with no touchdowns on an offense that finished third to last in the NFL in passing yards per game (180.6).

When you consider what Meyers put up in the final 11 games of the season when he finally saw the field, you get a clearer picture of how influential he was for the offense. He put up all of his stats with the exception of one catch for 7 yards in Week 2. So over those last 11 games, he averaged 5.3 catches for 65.6 yards. He was the top pass-catcher in the offense. At times, he seemed like the only pass-catcher in the offense.

On one hand, you could argue that he only experienced that surge in receptions because no one else was competing for targets. With Henry, Smith and receivers Nelson Agholor and Kendrick Bourne joining the offense, Meyers will have a much harder time earning a workload. On the other hand, you can plainly look at the Patriots’ passing offense and see how inefficient it was. If a player stood out, that playmaker was doing so on his own merits — and despite a lack of supporting cast. In all likelihood, Meyers’ successes are a tribute to both of those explanations.

While Agholor is set to make $11 million per year over the next two years with the Patriots, he may not be the true No. 1 wideout New England needs. He’s a deep-ball threat, who often operates out of the slot. But because of that big-play mentality and his issues with drops, Meyers may still be a more important part of the offense as the player who moves the sticks. Bourne is a legitimate threat to steal Meyers’ snaps, particularly as Bourne spends more time in the offense and develops a rapport with the Patriots quarterbacks. But the job is Meyers’ to lose. He has proved he can be productive in New England, and Bourne hasn’t done that himself yet.

Meyers has so many qualities the Patriots seem to like. He was an underdog who moved from quarterback to receiver in college. He went undrafted and fought his way onto the roster. He’s crafty in the slot. And he works tirelessly to master the playbook and develop chemistry with his quarterbacks, a process which is ongoing this offseason with him and Cam Newton.

There may not be a player on the Patriots roster more qualified to be the No. 1 receiver. And yet we don’t hear people talking about him nearly enough.