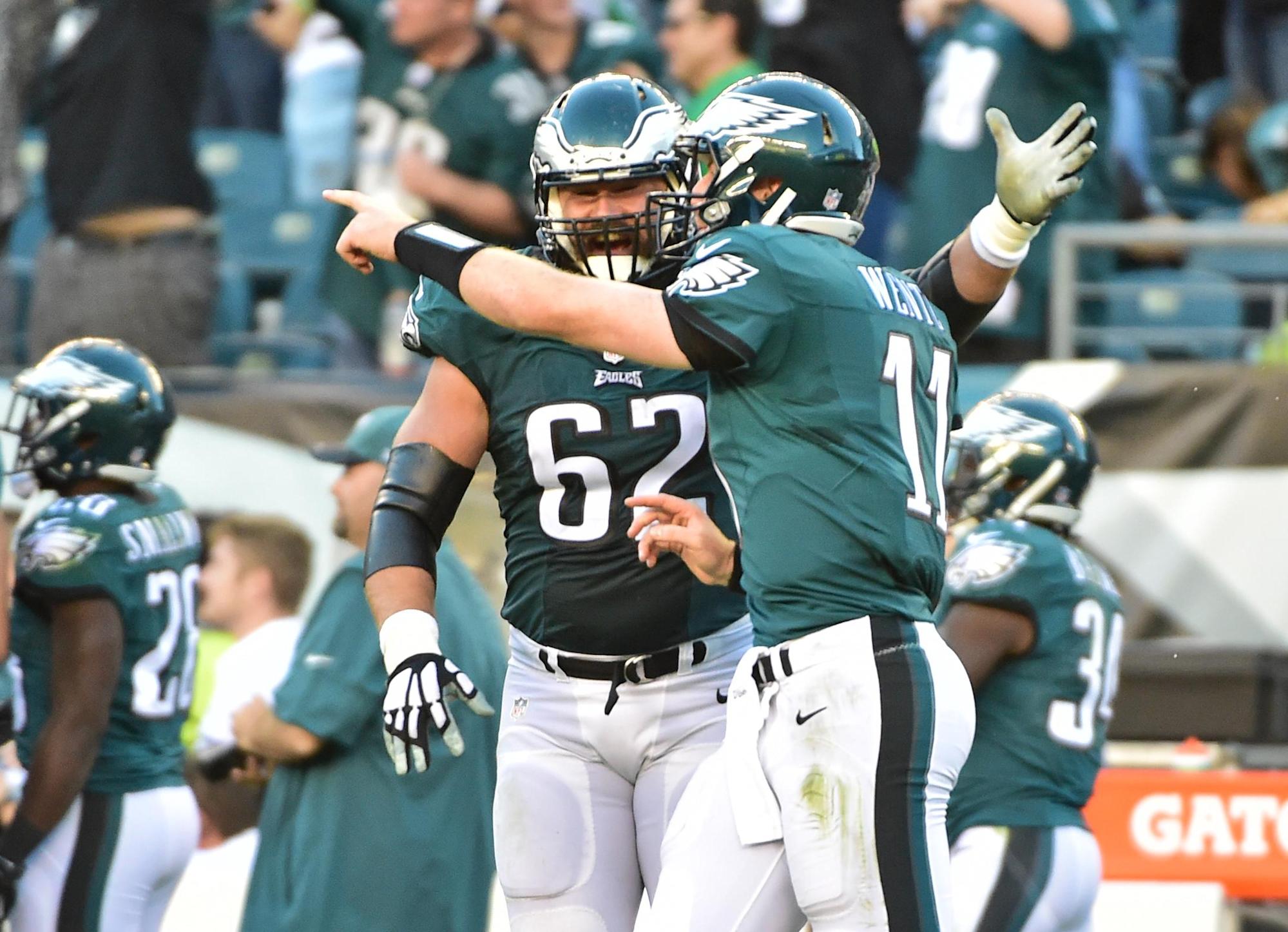 Though things ended roughly for Indianapolis Colts new quarterback Carson Wentz with his former team in the Philadelphia Eagles, it seems some of his old teammates still have his back.

Eagles center Jason Kelce told 94 WIP Radio last week that Wentz became somewhat of an easy scapegoat for the blame in 2020. Of course, Wentz was part of the problem for the Eagles and their 4-11-1 campaign, but Kelce believes some of it was due to people simply wanting someone to blame.

“I don’t want to speak for Carson, obviously, (but) first of all, the year was terrible and I think that when you have that bad of a season, unfortunately, there’s going to be people that start to point the finger and that’s something you deal with in any losing season,” Kelce told WIP Radio via IndyStar. “‘I think that the reality is if you go (4-11-1) everybody shares some of this blame, everybody screwed up.”

Kelce was the starting center for Wentz through the latter’s first five seasons in the NFL. He’s seen Wentz play at a near-MVP level and also at one of the lowest levels at the position.

The three-time All-Pro center believes Indy is the perfect place for Wentz to revive his career.

Kelce isn’t the only former teammate to speak on Wentz’s behalf this offseason. His former left tackle in Jason Peters also believes a bounce back is on the way.

Wentz will have a strong supporting cast when he steps on the field with the Colts. They will be boasting an elite offensive line when new left tackle Eric Fisher returns from his Achilles injury to go along with a strong running game and some solid weapons in the passing attack.

Wentz has to get back to trusting his protection and moving better in the pocket but his ability to create out of structure will help open up some of the offense.

The 28-year-old quarterback knows he has a strong support system led by head coach Frank Reich, and he should have everything he needs to bounce back from a disastrous season in 2020.