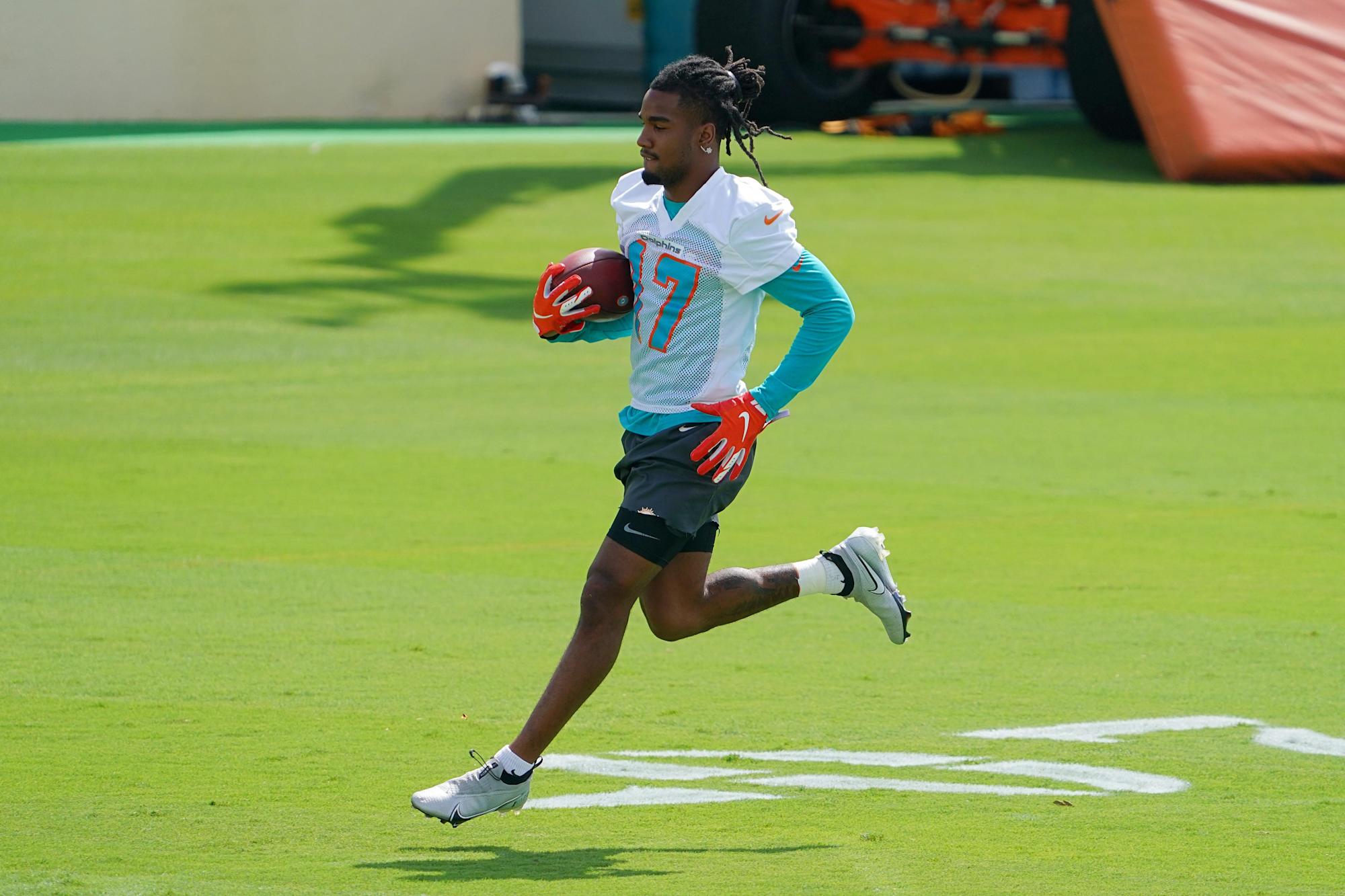 The Miami Dolphins selected former Alabama wide receiver Jaylen Waddle with pick No. 6 in the first round of the 2021 NFL draft. Pairing him with his former college teammate, Tua Tagovailoa, could make for a very dangerous offensive combination.

Rookies can often get lost in the depth chart, but sometimes they are just the difference maker the team needed to take the next step.

CBS Sports’ Tyler Sullivan believes Waddle will be the Dolphins MVP in his rookie season.

“It’s admittedly a tall ask for a rookie wide receiver to come in immediately and be an X-factor within an offense, but Waddle — the No. 6 overall pick at the 2021 NFL Draft — will likely be a key figure out of the gate. Really, this has to do with the development of Tua Tagovailoa, who played with Waddle at Alabama. Instead of looking at the quarterback position at the 2021 draft following a rookie season by Tagovailoa that left much to be desired, the Dolphins elected to double down with him by adding weapons. If Waddle can come in, stretch the field and rekindle that chemistry he had with Tagovailoa at Alabama, that — in theory — should help the young quarterback make positive strides in Year 2, making the receiver extremely vital heading into this year.”

Waddle will join a loaded receiving corps in Miami with DeVante Parker, Will Fuller, Lynn Bowden jr. and Jakeem Grant. Despite a lot of talent present, Waddle will definitely be able to showcase his skills and earn his spot in the starting squad.