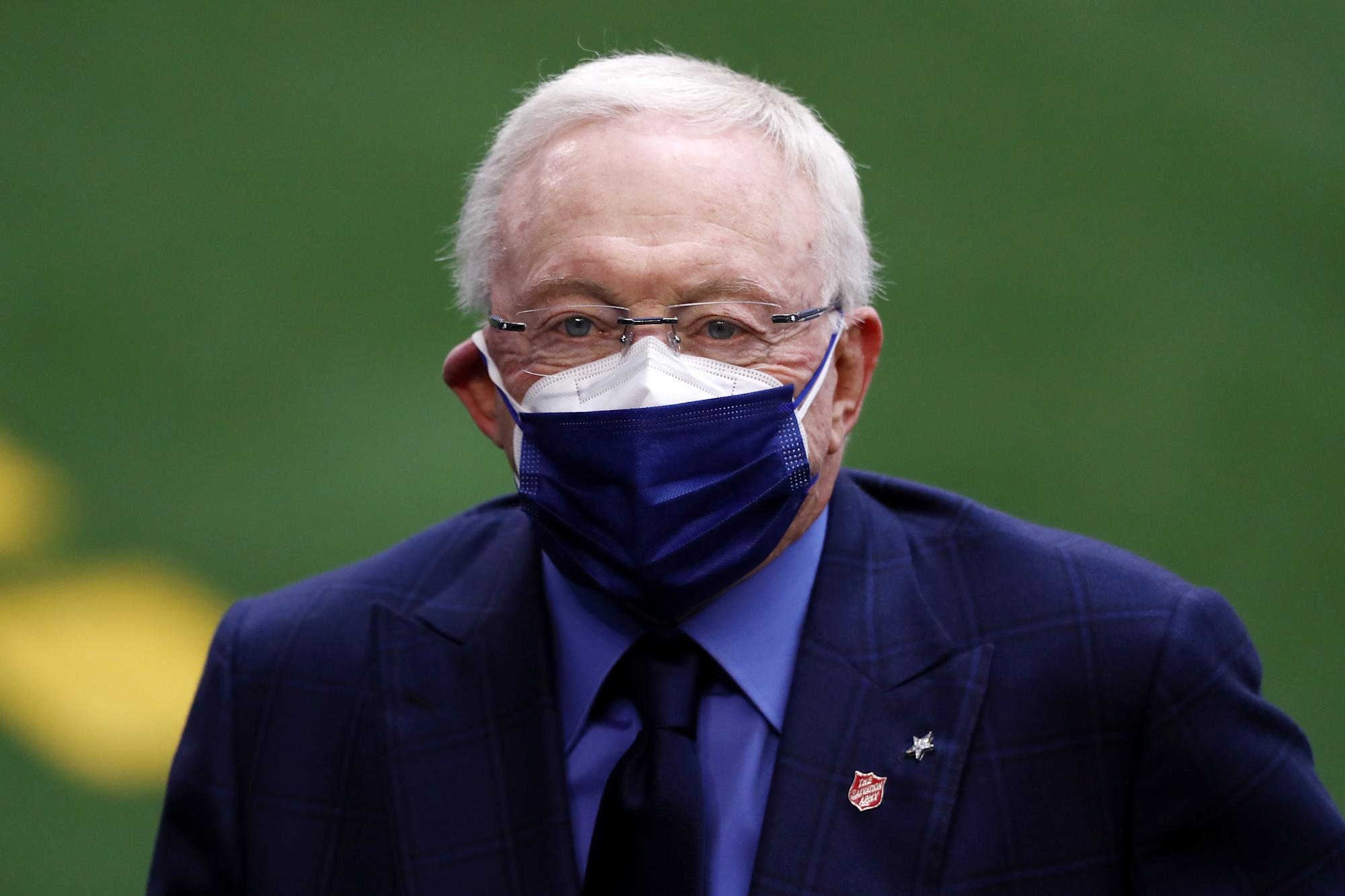 OXNARD, Calif. — Jerry Jones owns the most valuable sports franchise in the history of the world, cradled deep inside a longstanding red-leaning state. Some of the closest allies of the Dallas Cowboys owner have been blamed for deeply entrenching politics into a pandemic that has caused nearly 625,000 deaths (and counting) in the United States. And yet, when it comes to the ongoing COVID vaccination culture war, Jones has continued to lean deeply into the one camp that best represents his interests.

He believes in getting the shot. If only for the money and normalcy on the other side of it.

And as one of the highest-profile owners in the NFL, he continues to sound like he’s taking the totality of his Cowboys team with him — even if it takes every last minute of this preseason to make it happen. Because while Pfizer and Moderna may not be able to win a Super Bowl or sell 100,000 seats in AT&T stadium, Jerry Jones knows those two pharmaceutical giants can get him a little closer to both of those pursuits.

So when you hear Jones say he’s got his team “in the pipeline” to being a league-leader in vaccination rate, recognize that this is Jerry maximizing business and mitigating any other complications to winning. That’s Jerry’s side in this vaccination culture war. It’s not about right or wrong or party platforms. It’s about financial green over political red and blue. It’s about pragmatism rather than patriotism. And it’s great for the NFL, which quietly must wish it had an owner like Jones in every single city right now — obsessed with more wins and more profits and willing to adjust to whatever makes that happen.

This is why you can believe Jones and his son Stephen, who both said during Wednesday’s training camp kickoff press conference that Dallas is going to meet and eventually exceed the NFL’s 85-percent vaccination line for loosening in-season COVID protocols. Because it’s something that both bolsters the bottom line of the corporation and avoids giving away an inopportune advantage next season. It’s as simple as being good for business — and that’s the side that Jones is going to vote for 99 times out of 100 (and the 100th time was only because Jerry was in the bathroom).

As much as the league and other NFL owners might talk about the health and safety implications of COVID and vaccination, Jones showcases the message that really matters to all the billionaires in his sphere. The pandemic scared Jerry as a businessman. Just like it scared everyone else in his ownership fraternity. Because it was completely out of the NFL’s control. And for all the owners knew, the pandemic might have represented the Black Swan Event to finally end the league’s longstanding stranglehold on American sports.

If Jerry Jones made anything clear on Wednesday, it was that he clearly was unsettled by the disruption COVID caused for the NFL and his own team last season. So much so, he choked up several times during Wednesday’s kickoff press conference and then admitted that it was because he wasn’t sure that a return to normalcy would happen.

“Doggone, just as much as I enjoy this stuff, I get to thinking ‘Well, are you ever going to see that again? Are you ever going to be sitting up there talking to everyone again at the same time?’ ” Jones said, his voice breaking for a moment. “I guess I’m not going to apologize, but I am sensitive today and emotional about the whole show. … Not coming out here would kill me. It would just kill me.”

There’s some revealing simplicity in that kind of statement and how it relates to what the NFL is trying to pull off with the vaccinations. The league is just trying to get back to business. Right now, the path to that goal is as straight and pointed as the needles delivering the vaccines to make it happen. And while the league can’t force players to get vaccinated, it can create an environment to encourage it happening. That’s where the COVID protocols come in. Protocols that — if we’re being honest — stand to ostracize and separate and pressure unvaccinated players to take the shot. Either that, or be separated from the team in different ways during the season, or risk becoming an unvaccinated pariah if a Covid-positive instance strikes at an inopportune time (as it has in a multitude of other sports).

People can make their own judgements about whether that’s the right path to take. But they can’t deny whether it’s been effective in the NFL. Because it’s looking very likely that the vast majority of the league will be vaccinated when the season kicks off. Given that every team will carry 53 on the active roster and 12 practice squad players, it’s saying something that the NFL can manage to get an overwhelming number of 2,080 players fully vaccinated at a time when half the United States isn’t.

Of course, that doesn’t mean there won’t be controversy. There will be players who become lightning rods in the debate, like former Cowboy and current Buffalo Bills wideout Cole Beasley, who has refused to get vaccinated and repeatedly taken to social media to argue about it. Or ex-players like Michael Irvin, who suggested a very clear correlation between vaccination and player’s willingness to do whatever it takes to win.

“If you’re not one of them teams [at the vaccination threshold], are you really thinking about winning a championship?” Irvin wondered aloud on ESPN. “You see what I’m saying. Ok, so now if you’re not getting vaccinated and you got all these other teams that are getting vaccinated. … Somebody in that damn locker room [should say], ‘Hey man, we’re going to have a chance, are you vaccinated?’ Let’s go through this because this could be a two-week healthy dude missing games, and in this league, this ain’t the NBA. In this league that could be it for you. The right person misses two weeks, that’s it. Your ass is out.”

It was a message that bore some resemblance to one delivered by Cleveland Browns quarterback Baker Mayfield on Wednesday, who told reporters bluntly that teams with higher vaccination rates held a competitive advantage over ones with lesser rates.

“It’s a competitive advantage, but it’s also way more than that,” Mayfield told reporters. “It’s about safety and just general health and well-being of human life.”

That’s pretty much as close to a bottom-line declaration as you’re going to see from an NFL owner who is not supposed to mandate his players get vaccinated. But the message is there and surely Jones isn’t the only one itching to say it.

The NFL had its revenues pummeled by the pandemic in 2020 and now a handful of pharmaceutical companies have given the league a weapon to defend itself. That’s what Jerry Jones and owners care about. That’s why they want players vaccinated. To get their financial juggernaut back on its feet and on track to the $25 billion in annual revenue that seemed well within reach only one season ago.

All in the name of personal financial gain and prideful team accomplishment — a two-shot injection that Jerry Jones has been chasing for decades.