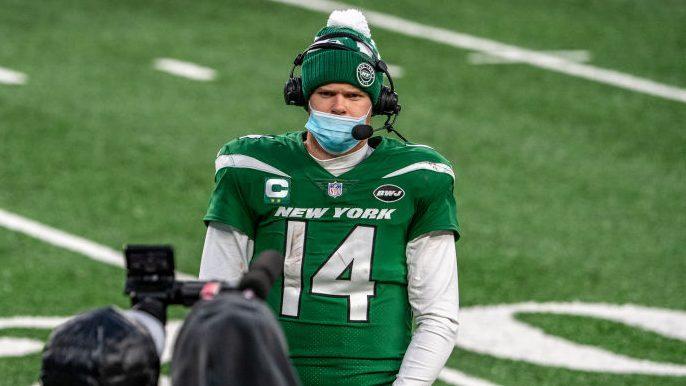 Sam Darnold did not perform as hoped during his three seasons with the Jets and the quarterback is now with the Panthers after they sent three draft picks to the AFC East team in a trade.

That move is a bet that Darnold’s troubles were based more on the situation he was in rather than shortcomings of his own. A longtime Panthers player who closed out his career as Darnold’s teammate with the Jets thinks that’s a good wager.

Center Ryan Kalil played for the Jets in 2019 and said that he believes former Jets head coach Adam Gase’s scheme bears a lot of responsibility for the lackluster results.

“It was a system that didn’t allow a lot of individual freedom. It was very, ‘You do it this way and that’s it,’” Kalil said, via Joseph Person of TheAthletic.com. “A lot of the scheme was pre-determined based on what they thought they were seeing from the sideline. It didn’t give Sam a lot of room to grow, in my opinion, to make decisions on the fly. It worked in some instances, but it handicapped him in the long run. It wasn’t a system that allowed him to evolve and make decisions on his own. I think that was the hardest thing. And I think that’s why ultimately the Jets made some [coaching] changes, too.”

Coaching isn’t the only external factor cited for why Darnold flopped with the Jets. The lack of talent around him has also been a major talking point, which leaves the Panthers hoping that their situation will solve both problems and allow him to break out.