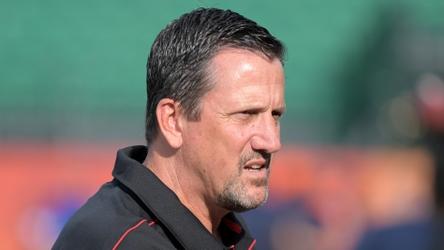 Jets passing game coach Greg Knapp is in the hospital and in critical condition after being struck by a car while riding his bicycle over the weekend in California, according to Mike Klis of 9News.

Knapp joined the Jets this offseason to come in and mentor rookie QB Zach Wilson, but has been in the NFL as a coach for the last 23 years, including stints at different coaching spots with San Francisco, Atlanta (twice), Las Vegas/Oakland (twice), Seattle, Houston and Denver — the last of which he won Super Bowl 50 with.