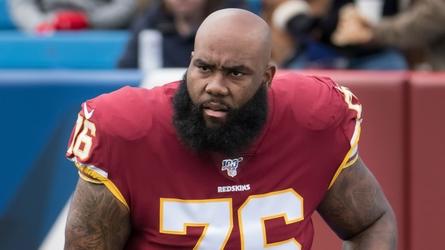 The Jets and veteran offensive tackle Morgan Moses have agreed to a one-year deal, a source confirms to SNY NFL Insider Ralph Vacchiano.

It was reported by ESPN late last week that the two sides were “making progress” on a multiyear deal.

According to ESPN’s Jeremy Fowler, the Jets had a ‘significant’ two-year offer on the table for Moses, but he opted for a one-year deal instead.

Per NFL Network’s Ian Rapoport, Moses will make a base salary of $3.6 million in 2021, but that will go up to $5.3 million if he plays 80 percent of the offensive snaps this season.

The 30-year-old, who has played all of his seven pro seasons with the Washington Football Team, is likely to takeover as the starting right tackle for the Jets ahead of George Fant, giving the Jets a very talented bookend of starting tackles with Mekhi Becton on the left side.

SNY contributor Bent recently wrote about how Moses would fit with the Jets, noting that Moses “would actually be a bit of a departure from the type of players the Jets have targeted for their offensive line over the past few years,” as Moses is more of towering physical presence at 6-foot-6, 330 pounds, as opposed to the more athletic type of player the Jets have added along the line in recent years.

Moses has also been an incredibly durable player over his career, starting every single game for Washington over the last six seasons straight, a streak of 96 consecutive starts.