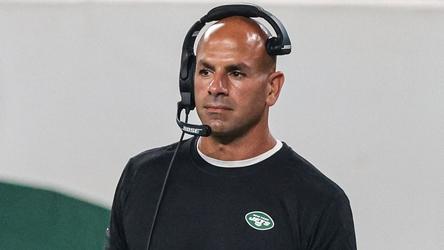 EAST RUTHERFORD, N.J. – Robert Saleh’s intention was to play his starters, including his rookie quarterback, for about a half of the final preseason game. But injuries along the offensive line led him to change his mind, as he explained afterwards.

So the next time anyone will see Jets quarterback Zach Wilson in action will be Sept. 12 in Carolina — whether he’s ready or not.

The good news is he’s certainly looked ready this summer, especially during his two preseason games. Wilson completed 15 of his 20 passes for 191 yards, two touchdowns and zero interceptions. That’s good for a passer rating of 137.7.

That’s pretty good, even considering they kept him well-protected with a lot of short passes and not many dangerous throws. He looked competent, capable, and did a great job of protecting the football.

Could he have used one more game? Sure. The more a rookie quarterback plays, the better. But against a Philadelphia Eagles defense that rested all of its starters, Saleh made the smart move not to risk Wilson on a wet day and questionable field. The most important thing at this point, especially given all the injuries the Jets have suffered this summer, is to make sure Wilson is healthy for Opening Day.

And the Jets feel pretty confident that if he’s healthy, he’ll be ready for whatever the Panthers throw at him. They know his rookie season will be filled with ups and downs, just like it has been for almost every rookie quarterback ever. But from what they’ve seen this summer, they think the good will outweigh the bad.

A few more snaps in the preseason wasn’t going to change anything about that.

Here are more takeaways from the final preseason game — a 31-31 tie against the Eagles.