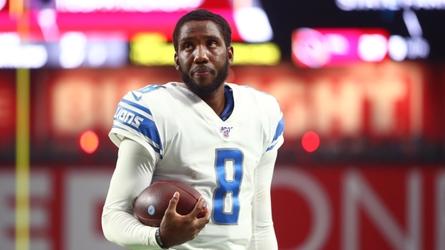 The Jets and rookie QB Zach Wilson remain at a standstill in contract negotiations, as the No. 2 overall pick wasn’t at the team’s first practice on Wednesday.

In the midst of that, the Jets are also looking at other quarterbacks.

ESPN’s Adam Schefter reported the Jets are going to work out veteran quarterbacks Josh Johnson and Sean Mannion on Thursday.

With James Morgan and Mike White as the current backups to Wilson on the depth chart, it was always speculated that the Jets would want a more experienced backup for their rookie to work with. Johnson and Mannion check those boxes.

Johnson has 33 career NFL games, his latest in 2018 when he played four games for the then-Washington Redskins. Mannion has 13 career games, three in 2019 with the Minnesota Vikings.

Johnson is also a familiar face to head coach Robert Saleh and OC Mike LaFleur as he spent with the San Francisco 49ers during the 2020 season.

As SNY’s Ralph Vacchiano reported earlier, the biggest detail that’s being talked over in regards to Wilson’s contract is the “offset” language, according to a source familiar with the talks. It’s a clause that allows teams to reduce what they owe a player they cut if he’s signed by another team. And as Vacchiano points out, it’s silly to fight over that considering cutting Wilson would be insane before the end of his rookie deal, which is non-negotiable when it comes to it’s terms (four years, $35.1 million with a $22.9 million signing bonus based on his draft slot).

It doesn’t look good now, but Wilson and the Jets should be able to figure something out soon. Sam Darnold was a little late to training camp in his rookie year because of the same issue.

And when he does make his way to camp, he might have a new backup quarterback to work with depending on how the workouts with Johnson and Mannion go.