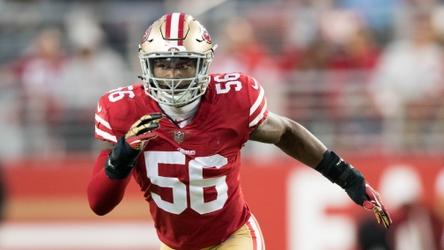 The 31st pick of the 2017 NFL Draft has not played since 2018 due to myriad troubles off the field, as well as a torn ACL he suffered with Washington in May of 2019.

Foster played 10 games with the San Francisco 49ers in 2017. In 2018, he was suspended for two games for violating the NFL’s personal conduct policy (he had been arrested in both January and February that year), and was released by the 49ers after a domestic violence arrest, his third of the year, prompting his former head coach Kyle Shanahan to say he was “very hard to trust.”