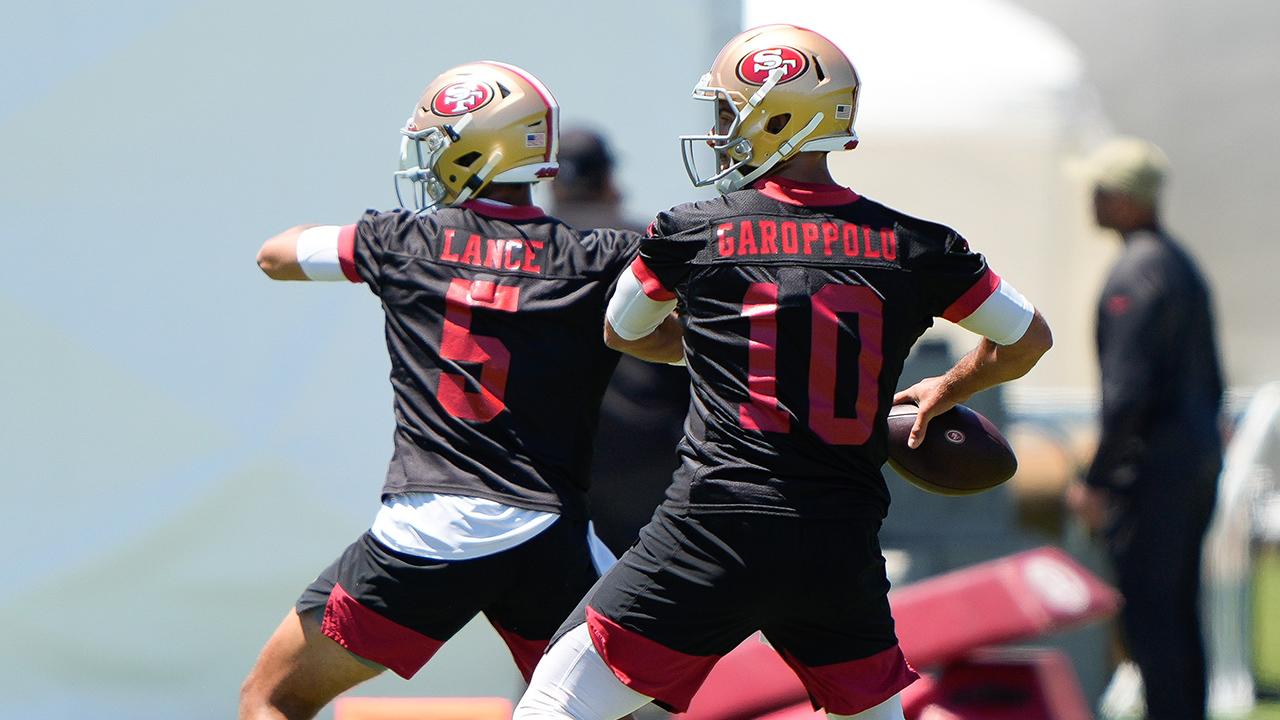 The 49ers have been adamant from the beginning that even though a significant amount of draft capital was traded in order to move up to the No. 3 overall pick in the 2021 NFL Draft to select a quarterback, Jimmy Garoppolo remains the starting QB going into 2021.

Coach Kyle Shanahan, in speaking with The Athletic’s Tim Kawakami, explained why Trey Lance isn’t just being resigned to the bench for his entire rookie season, and could have a chance to compete for the starting job if he proves to the coaching staff he is capable.

“I definitely see it as Jimmy is the starter, but if Trey is ready to compete, I have no problem with it. I don’t sit there and say ‘hey no, we’re not playing a rookie quarterback, we have to rest him the first year.’ I don’t really make any decisions like that until I actually have an opinion on it, and that’ll take to how I see him in camp,” Shanahan told Kawakami. “And if he comes in and he is playing at a high level and we think he gives us the best chance to win, we wouldn’t hesitate to do that. But like I said before this happened, it would be really hard for any rookie quarterback. Jimmy is a very good player, he’s not just coming in trying to beat out a guy who hasn’t done it before. When Jimmy has played he’s played at a very high level, I thought Jimmy had as good of an OTAs as he’s had since he’s been here, he seems very on point from a mental and physical standpoint and I know Trey is really gonna have to be on it to push him.”

Shanahan also explained that Garoppolo seemed “fired up to be here” after an offseason rife with questions about whether he should be replaced as the 49ers’ franchise quarterback.

Of the five quarterbacks selected in the first round of the 2021 draft, Lance could be the only one not to start a game in his rookie season. If Garoppolo starts the season healthy and playing at a high level, there wouldn’t be much of a need to rush Lance into action.

RELATED: How Kittle has been impressed by ‘freak athlete’ Lance

The preseason will be vital for Lance to prove what he can do in the NFL, especially since he only has played one game in almost two years after opting out of his final season in college.

Shanahan is confident he will know when Lance has done enough to make it a competition between he and Garoppolo for the starting quarterback job.

Until then, as the 49ers repeatedly have emphasized since the draft, Garoppolo is QB1 in the Bay Area.