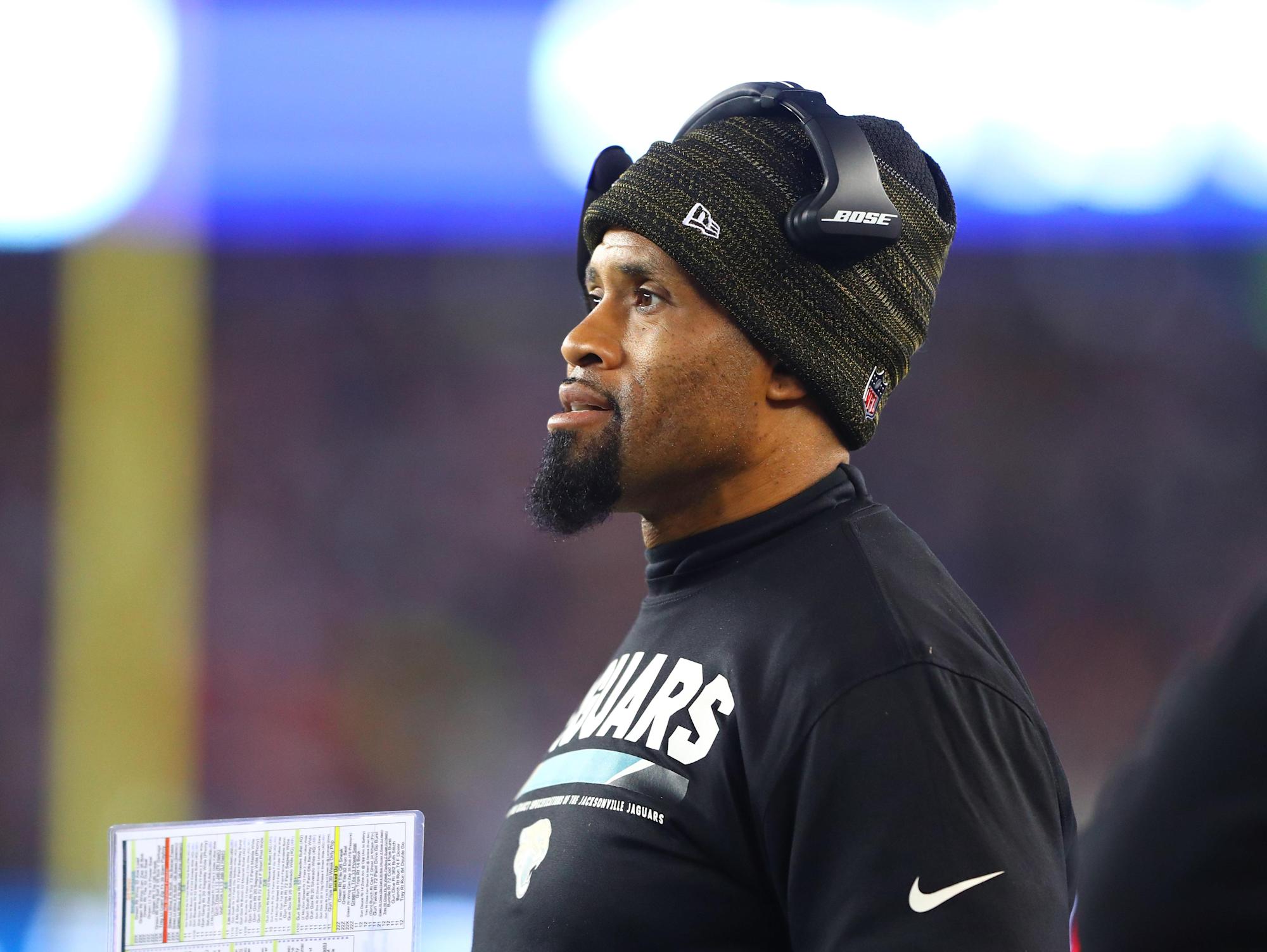 But his former teammate with the Jaguars, fellow star receiver Jimmy Smith (who talked to McCardell when he was a Jags assistant), said that McCardell wasn’t able to coach the receiver group how he wanted to during an appearance on 1010XL Primetime.

According to Smith, that especially impacted the development of D.J. Chark. The former second-round pick from LSU had a breakout season in 2019 after having one of the league’s worst drop rates as a rookie. He finished with over 1,000 yards, but his play dropped off during his third season in 2020, and he finished with just 706 yards and five touchdowns, three fewer than he netted the year before.

Quarterback play certainly played a role in that, as injuries to starter Gardner Minshew II led to Jake Luton and Mike Glennon starting a combined eight games. But Smith said the way that Marrone wanted receivers to be coached also didn’t do Chark any favors.

New receivers coach Sanjay Lal is a seasoned veteran when it comes to coaching the position group, though he spent the last season in an offensive analyst role with the Seattle Seahawks. His pedigree speaks for itself, but if Smith is right, it will be crucial that Meyer doesn’t micromanage the group the way the last staff did.