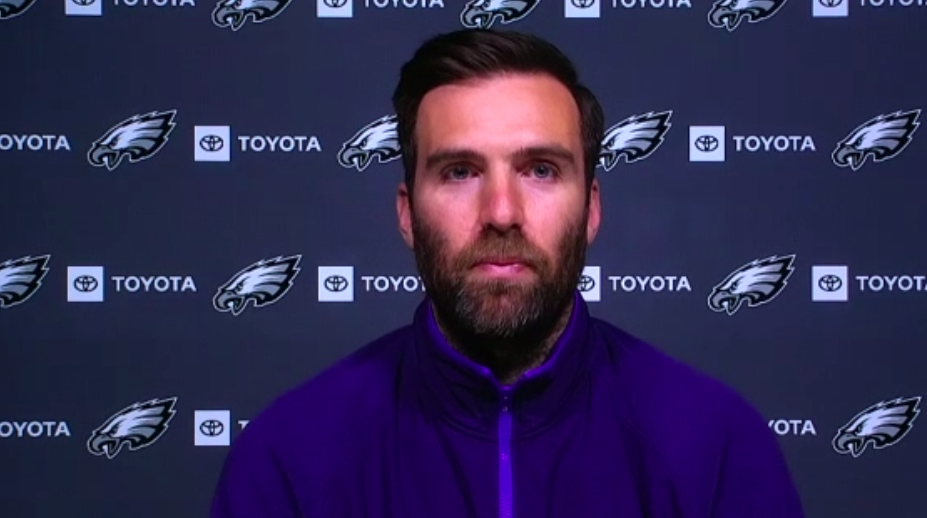 After news broke this week that Joe Flacco was joining the Eagles on a one-year deal, the 36-year-old received a text message from incumbent quarterback Jalen Hurts.

“He’s excited about it,” Flacco said in a virtual press conference with local reporters on Thursday morning. “I told him I’m excited about it as well. It’s going to be a lot of fun.”

For now, though, their roles remain a mystery. At least publicly.

Sure, it would be a pretty big shock if the Eagles allowed Flacco to legitimately compete for the starting job or — gasp — actually win it. After all, the Eagles are coming off a 4-11-1 season and Hurts is a 22-year-old second-round pick entering Year 2 after showing some promise as a rookie. If the Eagles don’t draft a quarterback in the first round, they need to let Hurts try to live up to his potential.

Despite the fact that Flacco said he and the Eagles hadn’t discussed the possibility of his competing for the starting job, he continued to use the word “competition,” even when asked about his thoughts on mentoring young quarterbacks.

So does Flacco think he’ll get a legitimate shot at the starting gig?

“I’m not even really looking at it that way at this point,” he said. “Like I said, I really just want to come in and your goal as a football player is to show people around you that you can play football. I don’t care what level of playing that is. Whether you’re the first-string, second-string, third-string guy on the team, you still want to prove to everybody on the football team that you can play football and that you deserve a spot on this team in some capacity. That’s really what my job is.

“Once I meet the guys and dive into this offense, it’s going out on the field and proving to everybody that I’m not just some old guy that’s been around the league, is coming to a new team. My job is to prove to these guys that I deserve some respect and I can play this game at a high level. That’s really what I mean by being competitive and competing, is just showing guys that I know how to do this and I’m going to show you I know how to do this. You don’t have to look at what I’ve done in the past in a positive way or a negative way. Just take it for what it is, what you see today, and that’s what I’m here to do.”

The Eagles gave Flacco a one-year deal with $3.5 million guaranteed and the potential to earn around $4 million more. That is significantly more than Flacco made last season with the Jets on a $1.5 million deal, but he’s now a year removed from a neck surgery and proved that he could still play in 2020.

While Flacco is an accomplished NFL quarterback, he appears past his prime; since the beginning of the 2018 season, he has a 6-15 record. But as a backup, the Eagles could have done worse.

The topic of mentorship is an intriguing one with Flacco, who once said in Denver that it wasn’t his responsibility to mentor rookie Drew Lock. When asked about the subject on Thursday, Flacco said he’s here to help the Eagles win games, but said the QB room is usually a tight-knit group where everyone works together. He made it sound like he expects those things to happen naturally without the labels.

So don’t expect Hurts to lock Flacco into his phone as “Mentor Joe.”

“I think every quarterback room, guys help each other,” Flacco said. “That’s what we’re here for, that’s what the whole team does. I’m going to do my part and we’re going to win a lot of football games. And that is getting in the QB room, grinding and helping each other out.”