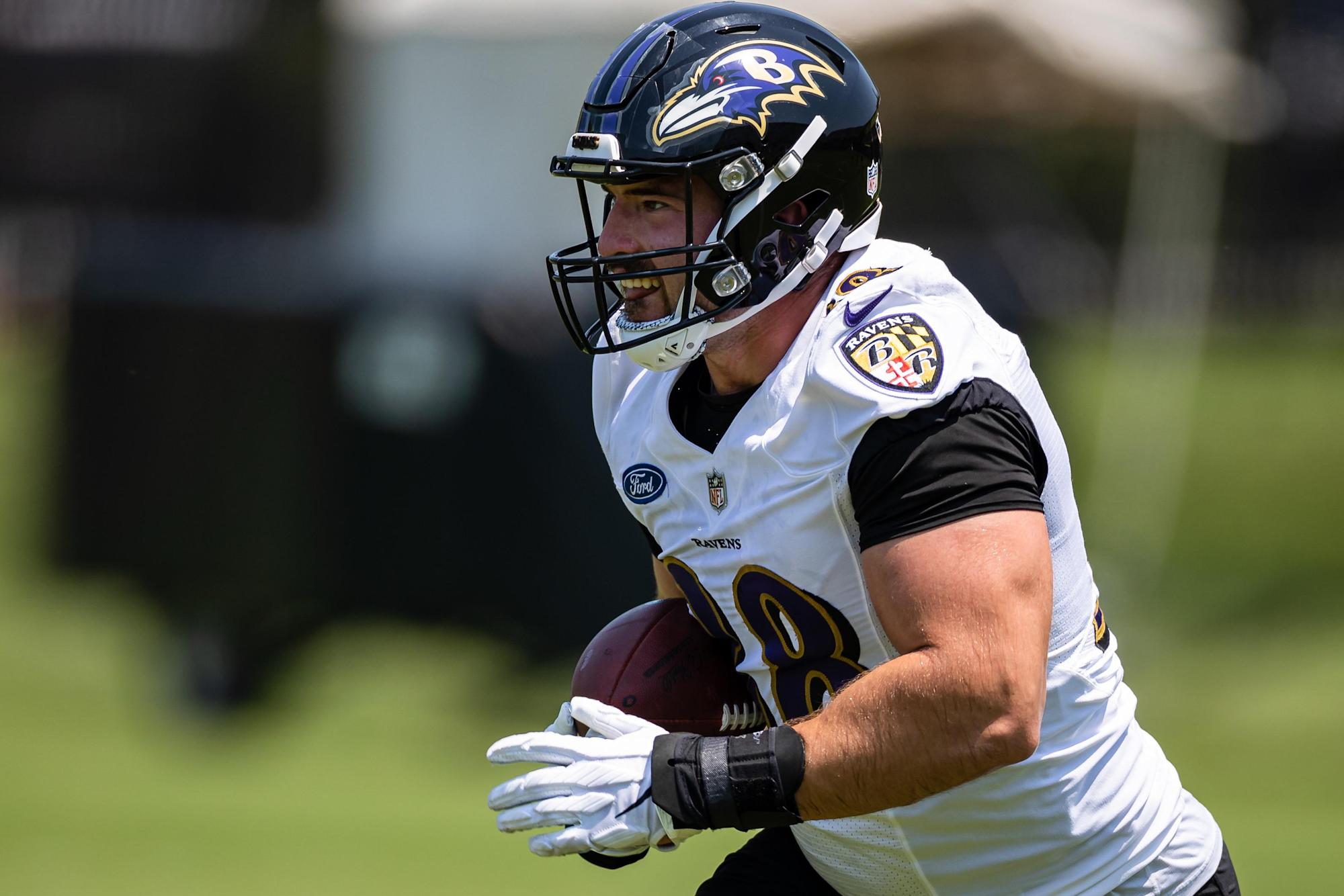 The Baltimore Ravens selected FB/TE Ben Mason with the 184th pick in the 2021 draft. His selection was a bit of a surprise to many, but the team clearly likes what he brings to the table in multiple facets of the game.

When asked about Mason, head coach John Harbaugh said that he’s been “very happy” with what he’s seen out of the rookie so far.

“You try to draft to your team, and as a fullback/h-back/move tight end-type guy, which is what you do in the NFL at that position, he fits us. Maybe he doesn’t fit everybody, but he fits us that way. I think he’s the kind of player that’s going to show up more when the pads come on than he does when the shorts are on, but I think he improved tremendously throughout the course of what we did with the shorts on. So, you just let him work hard, learn and get better and see what he looks like probably in the preseason games – that will be a very telling thing for Ben [Mason]. He’s doing a great job. I’m very happy with him.”

It remains to be seen what Mason’s role will ultimately be in 2021, but even if he doesn’t play a lot during this upcoming season, he could have a big role in future years. However, Harbaugh believes that Mason will flash more when the pads come out, so over the coming weeks it will be made a bit more clear what type of player the former University of Michigan Wolverine can be for Baltimore.