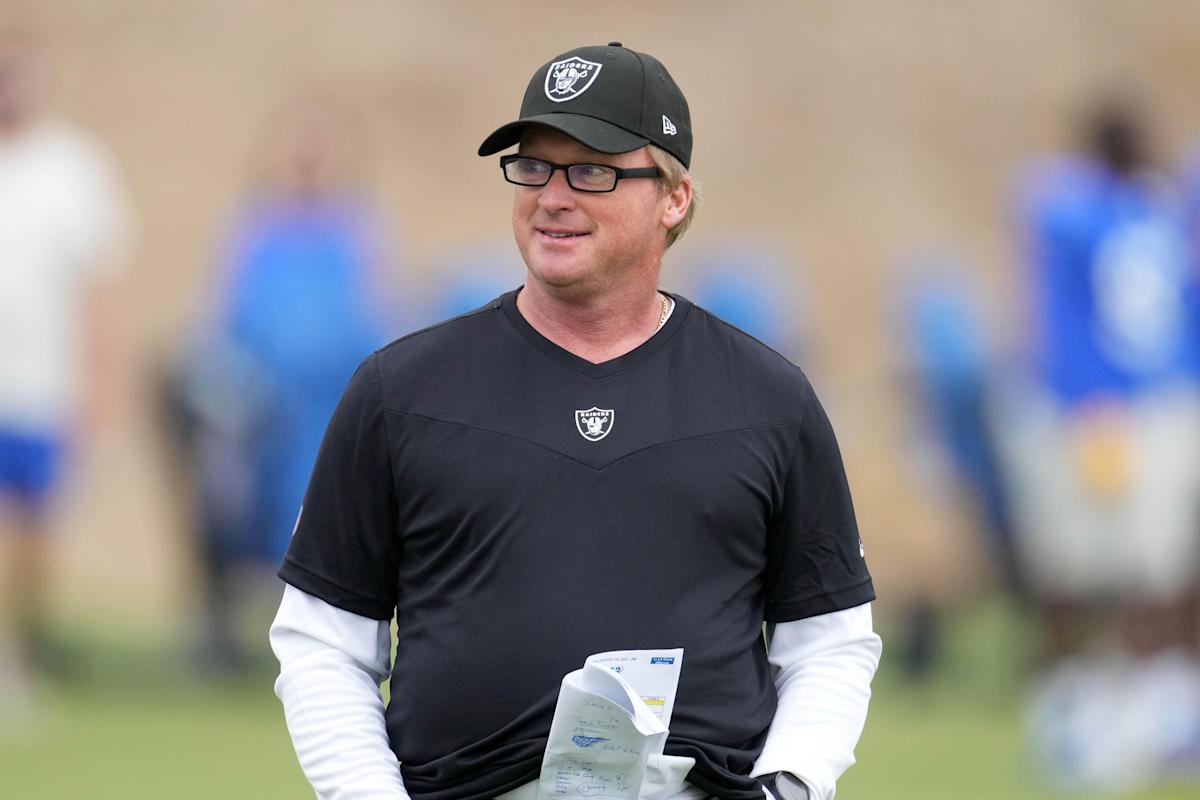 As the Raiders look to rebound from last year’s calamity on defense, they need their collection of young talent to mature rapidly. Players such as safety Johnathan Abram, defensive end Clelin Ferrell and cornerback Damon Arnette have some seasoning, and their time should be now.

But what about this year’s draft class? The Raiders already have one apparent instant hit in rookie cornerback Nate Hobbs, and Tre’von Moehrig has impressed at safety. Malcolm Koonce also looks promising as an edge rusher.

Their fellow rookie, linebacker Divine Deablo, has yet to suit up, however, due to injury. He’s finally set to play this Sunday in the Raiders’ preseason finale against the 49ers, and coach Jon Gruden hopes it’s just the beginning for his third-round pick.

“He’s got athleticism and range. He has playing speed,” Gruden said of Deablo during media availability on Wednesday. “He showed very good instincts at Virginia Tech at a couple of different positions, so that combination is exciting. We think he and Cory Littleton will give us two really athletic young linebackers. We’re hoping he can be a fast track; you know, he’s going to have to learn quickly on the run because they’re not postponing any of our games.”

Deablo excelled as a safety in college, but at 6-foot-3 and 226 pounds, he could be an ideal fit for Gus Bradley’s defense in Las Vegas.

Gruden also mentioned LB Cory Littleton, who could also be perfect for Bradley’s cover-3 scheme, which demands team speed. The more fast, athletic linebackers in Las Vegas, the better. Especially with recent injuries at that position, most notably Nicholas Morrow, who was atop the depth chart at middle linebacker.

But could Deablo do what Hobbs has done and put himself on the fast track to playing time, as Gruden hopes? Before that’s decided, the coaching staff has to watch him play linebacker in the NFL, and that figures to be a steep learning curve. But anything is possible, especially on a Raiders team in dire need of impact players on defense.