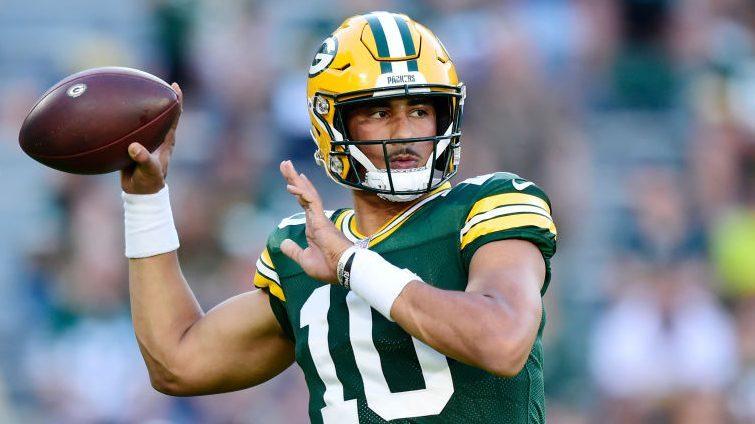 Packers quarterback Jordan Love‘s long-awaited introduction to game action ended a bit earlier than expected on Saturday when he “dinged” his right shoulder late in the second quarter.

Love went for an MRI on Sunday and the test came back without any sign of a serious injury, but he’s not necessarily going to be hopping right back onto the field. Packers head coach Matt LaFleur said that while Love is “doing fine,” he could “potentially” miss time during a week that features joint practices with the Jets before a Saturday preseason game at Lambeau Field.

“It’s something, though, that is significant enough where he could miss a couple days of practice,” LaFleur said, via Jason Wilde of Madison.com. “We’ll see where he’s at at the end of the week, but we’re going to kind of take it day to day.”

General Manager Brian Gutekunst said it would be a “bummer” for Love to miss time this summer and it would also lead to some roster shuffling. The Packers don’t plan to play Aaron Rodgers in the preseason and Kurt Benkert is the only other quarterback currently on the roster, so Gutekunst shared his plans to look at other options to add to the roster this week.