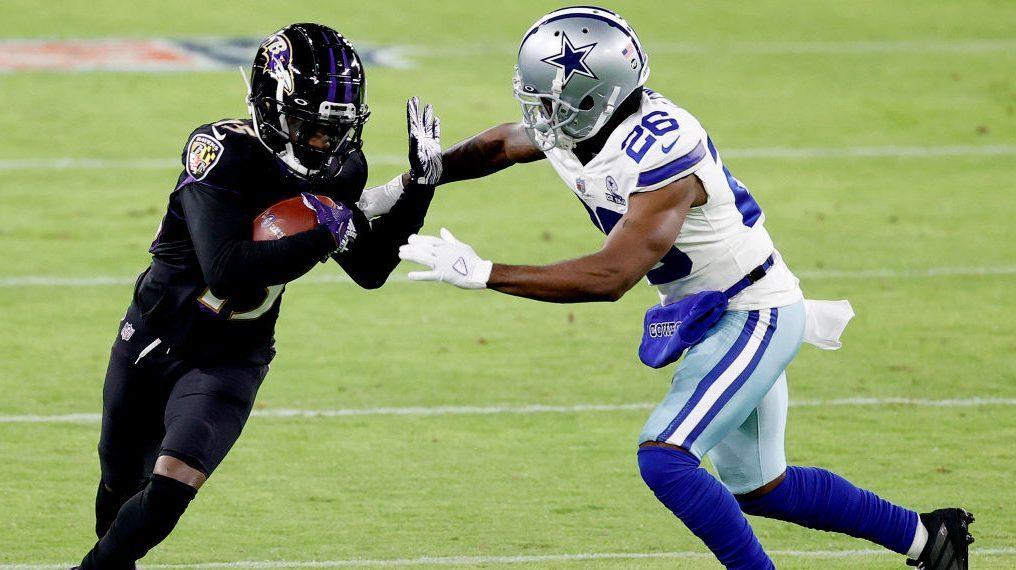 Dallas Cowboys cornerback Jourdan Lewis could have followed the lead of Byron Jones and Chidobe Awuzie and left the Cowboys after the completion of his rookie contract with the team. Instead, Lewis chose to re-sign with Dallas this offseason and will take on a bigger role with the team beginning this season.

Via Nick Eatman of the team’s website, the Cowboys intend to move Lewis around a bit more moving forward with a bigger role in the nickel position expected to be on his plate.

“Just move me around and make plays, honestly,” Lewis said of the role. “They saw I had the ability to do so, and they wanted me to come back, and they felt like I had some unfinished business.”

Lewis re-signed with the Cowboys on a three-year contract worth up to $16.5 million in the early days of free agency.

A former third-round pick in 2017, Lewis has played at least 15 games in all four of his seasons, missing only three games for injuries in his career. He played on a career-high 74 percent of the Cowboys’ defensive snaps last season, recording 59 tackles and two sacks.