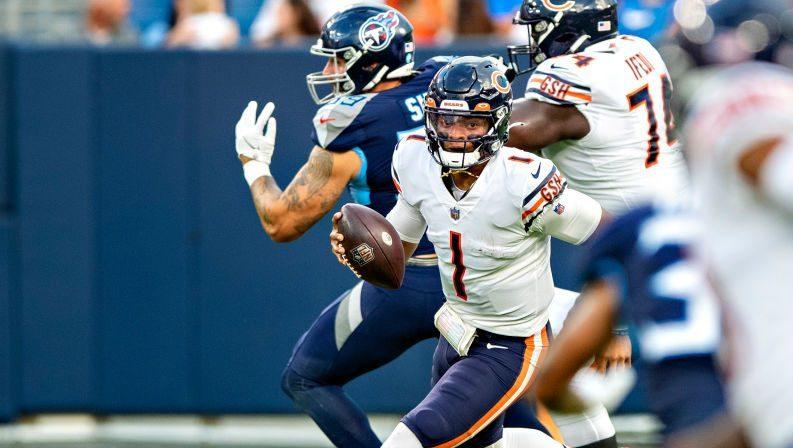 Justin Fields is not the Bears’ starting quarterback. But he looks like he should be.

Fields, the rookie first-round pick who is the future in Chicago, got the start and played well in the final preseason game on Saturday night, and coach Matt Nagy praised his effort afterward.

“He’s done a lot of great things,” Nagy said, via the Chicago Sun-Times. “He’s done everything he can to make us feel that if we put him in a game, he would do fine. What we’ve asked him to do is digest this offense, be able to play fast. . . . He’s still growing with some things, but that’s natural. Every rookie quarterback goes through some of that stuff. He’s done a great job of staying very positive. He’s done what we’ve asked him to do.”

Despite all that, Nagy’s plan remains to start Andy Dalton in Week One against the Rams. But it seems unlikely that Dalton can keep Fields on the sideline for long.